Priyanka Chopra was trolled for showing off her legs in front of Indian PM Narendra Modi, here reaction on the same is bang on!

We all know Bollywood actress Priyanka Chopra is the next big thing in Hollywood and is touching new heights with each passing day. The actress is currently in a celebration mood post the release of her Hollywood debut film, Baywatch. While the film has released in the US and some other countries, it is yet to be released in India and many other places. PeeCee recently visited Berlin for another schedule of Baywatch promotions. During her visit to Berlin, Priyanka met PM Narendra Modi there.

As Priyanka met PM Modi in Berlin, she shared a photo with a caption, “Was such a lovely coincidence to be in #berlin at the same time as the Prime Minister. Thank you Narendra Modi Sir for taking the time from your packed schedule to meet me this morning.”

Was such a lovely coincidence to be in #berlin?? at the same time as the Prime Minister. Thank you @narendramodi Sir for taking the time from your packed schedule to meet me this morning. ??

Priyanka Chopra flashed some more legs on social media and this time with mom Madhu Chopra. This is what she wrote, “Legs for days…. #itsthegenes with @madhuchopra nights out in #Berlin #beingbaywatch.”

Well, Priyanka Chopra surely knows how to shut the trollers in the best possible way. This time again, she responded the senseless trolls like a boss without personally targeting anyone.

Check out how people reacted: 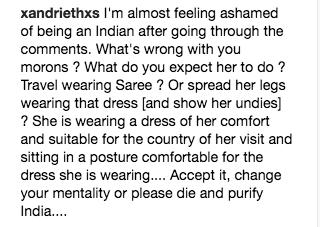 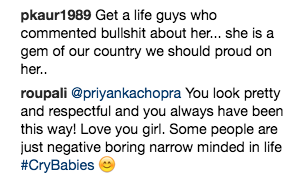 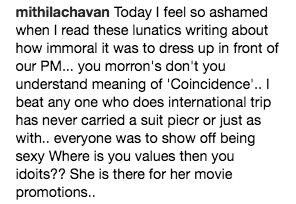