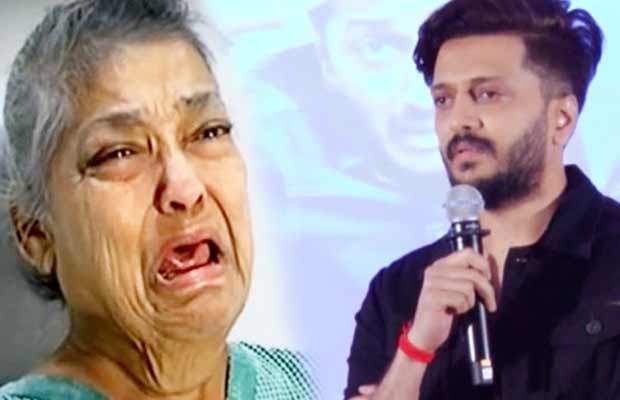 At the promotion of Riteish Deshmukh’s upcoming film Bank Chor, he spoke about veteran actress Geeta Kapoor. Riteish said that everyone should do everything they can to help her out in this difficult time.
In a video, one can see Geeta Kapoor narrating her story as a junior artist. She worked in cult classic film Pakeezah starring Meena Kumari, Raaj Kumar and Ashok Kumar. Wiping her tears away, the old actress is seen telling her how it has been over a month that she has been in the hospital, but no one has come from her family to see or get her discharged. She did not suspect on son Raja when he got her admitted to the hospital on April 21.
Watch Video To Know More