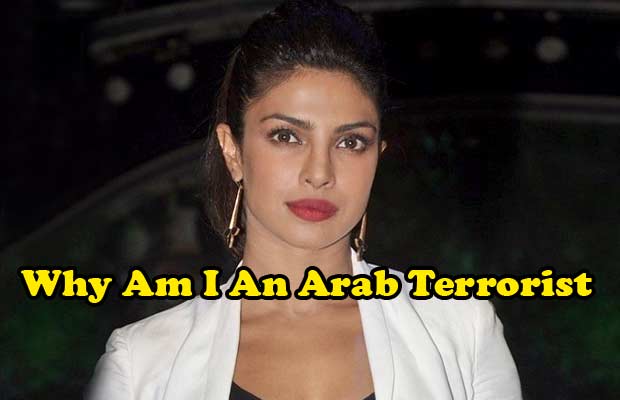 [tps_footer]Remember the time when Priyanka Chopra made her debut in singing career as a Popstar with her single “In My City”, it got us grooving on that number and than a bang on performance at Thursday Night Football in 2013, which enraged NFL fans to email the league asking, “Who is this Arab terrorist ?”. Well, even in the West, there are people who will give you the proof of still being narrow minded and judging others on the basis of how they look like. Not so advanced West !!

Priyanka Chopra revealed this in a recent interview and she shared her experience of the earlier days of her in the West and before an acceptance could come to her what exactly she faced and the way she dealt with it was funny and full of sarcasm. To all those who questioned her because of her skin colour she replied saying “Why is every Arab person a terrorist, and why am I an Arab terrorist just because I am brown ?”

Haha.. Priyanka has always been sure about herself and what to say in public. Very few celebs are spotted with this attitude that Peecee carries flawlessly and she knows how to nail down her projects and those people too who have not-so-pleasant things to tell her. Why don’t people think before they speak ? Or their thinking itself, is lame about such sensitive issues like the skin colour, origin and much more.

Anyways, she has certainly slammed all her critics who had a doubt on her capabilities to make it big in Hollywood. Success of Quantico and now the second season of it and her first look for Baywatch opposite Dwayne Johnson and Zac Efron, Priyanka has successfully defined success. And success is the biggest answer to all who tried to make you feel low at any stage of your life, it’s a silent slap to haters who hate unreasonably and invalidly.