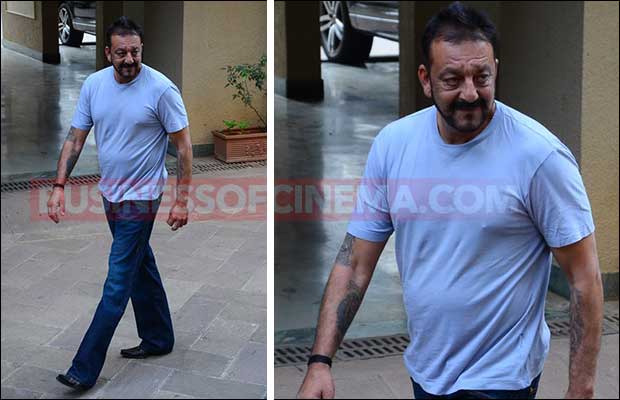 [tps_footer]Sanju Baba surely got an amazing welcome back from all his loved ones, film industry, friends and fans just couldn’t get enough of him. Even portals and social media went viral reporting every details and move made by Sanjay Dutt.

Now, it’s finally the time for Munna bhai to just enjoy his life and career. To leave all the stains behind of 1993 Mumbai serial bomb blast case. He has recently received an invitation from the New Delhi Municipal Council (NDMC) to become it’s brand ambassador for the first Swachh Bharat Abhiyaan and Smart City initiatives.

He received a letter from this civic body which mentioned about it’s duties and plans to make India a leading country and increase the awareness of cleanliness. “The NDMC is intensifying its efforts to provide better civic services to citizens as well as visiting patrons. Being a youth icon and a leading personality of our country, your association is sought in its ‘Swachh Bharat Mission’ and ‘Smart City’ initiatives,” They are sure of including Sanjay Dutt in their team and promote various initiatives “This collaboration will intensify the NDMC’s efforts to reach out to the public for greater engagement in keeping the city clean, improving civic behaviour in public places and transforming the NDMC into a smart city,” We wish it all happens the way it’s been penned down in the letter.

Here is what NDMC Chairman Naresh Kumar had to say “We are in discussion with many celebrities, film stars, cricketers and hockey players have been approached to be a part of these campaigns. However, no final decision has been taken yet,”
Basically, they are trying to add many eminent personalities and have started approaching celebs and influential personalities by the council to play a game changing role in the development of our country.

So far there is no confirmation about Sanjay Dutt giving a yes to the council to become a member of their initiatives but it’s good to see the kind of positive responses he is receiving from everyone around him.[/tps_footer]