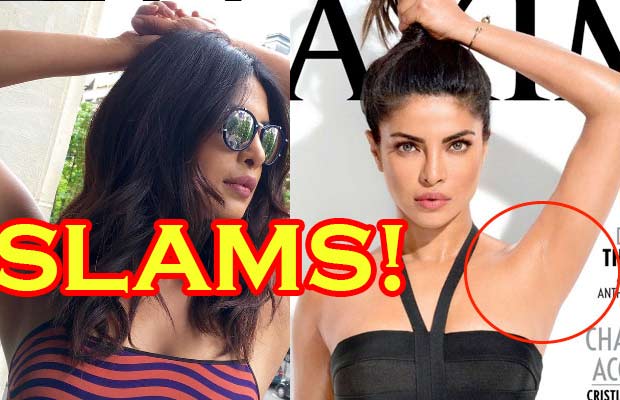 [tps_footer]Priyanka Chopra had shot for the June/July edition for Maxim India and she made some news. Not the actor, but her armpits!

Yes, the picture was edited and well digitally edited armpits as well. She was trolled on social media for this and was also said to be a bad influence to young girls as it could case them major inferiority. The actors have a huge influence on the mass and such hypocritical act can harm many. Honestly, photoshopping pictures are no big deal in today’s times and let’s be honest, everyone edits pictures. Not just Priyanka alone.

While all this made this news, Priyanka recently did something super duper outright on Instagram. She actually uploaded a picture where her armpits are visible and the tags read :

She slayed them like a boss and we are amazed. Only PC can pull such an act with such smoothness, just like the armpits! Well…Haters should stop trolling everything and everyone.[/tps_footer]