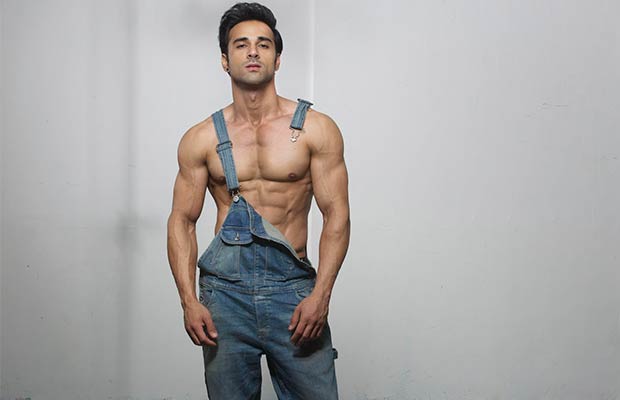 [tps_footer]Pulkit Samrat is currently following a rigorous workout regime and the results are for all to see!

Pulkit has lost nearly 6 kgs in 2 weeks as he is turning leaner by the day for his upcoming sequel to the Fukrey franchise, Fukrey 2.

Pulkit‘s popularity shot up to an all time high post Fukrey, with his onscreen character being widely loved and appreciated.

His character had high resonance with the youth, who related not only with his character but also his look.

For Fukrey 2, Pulkit has to begin going leaner as opposed to his bulked up avatar for his last couple of outings.

Taking the requirements of the sequel head on, Pulkit is on a weight loss spree.

The actor is on a supervised regime and is following a dedicated workout and diet plan.

His current workout regime includes completing anything between 28-32 sets depending on the muscle being trained that day. Sometimes it stretches to 1 hour 30 minutes, sometimes if it’s functional he’s done in about 45 minutes.

His diet plan includes going on a low carb diet. For low carb diet he sticks to fruits rich in fibre, besan chilla, once a week omelette loaded with vegetables and cheese, mutton most of the times for main meals along with quinoa. For the days when he’s allowed carbs, he binges on rice atleast four times a day with mutton, sometimes some cheat food too.

Apart from this approximately 400 gms of isolated protein is supplied in his favourite flavor coffee.

Also, because he’s shedding quite a lot and his body is undergoing a change post his bulked up physique, his diet is complemented with a couple of vitamins and oils so there’s no damage to the skin and he shrinks in a healthy manner.

Pulkit also follows a mixed gymming routine. Every week his workout is divided into different kinds of exercises aiming at achieving different results for the body. This way the body doesn’t reach a plateau and he enjoys his workout as well. He mixes light weights with more reputations.

On some days it’s all about functional training that involves just his body weight but helps him work a lot on the core and small muscle groups. Sometimes this is mixed with a hardcore sweating boot camp that involves a huge wheel from a truck and lots of anti gravity exercises.

Most of the days his workout is complimented with a high altitude atmosphere created for him so his body intakes less oxygen and this results in thrice the result per session.

Pulkit‘s trainer, Sameer Ansari shares, “Pulkit is now on a leaning phase to match his most loved Fukrey image. As shoot will be starting shortly so to meet the requirement I had programmed a lot of functional training along with cardio and weights where we would be using props like medicine ball, kettle bell and a truck wheel to engage maximum muscle possible with in an exercise its high endurance program that burn maximum calories in 40 minutes session. For added results I keep him on all complex carbs and fibre with good amount of protein and supplement to sustain muscle and still get lean.”

He further continues, “Pulkit being an extremely dedicated guy performs this endurance activity with super energy and effortless movement.“[/tps_footer]