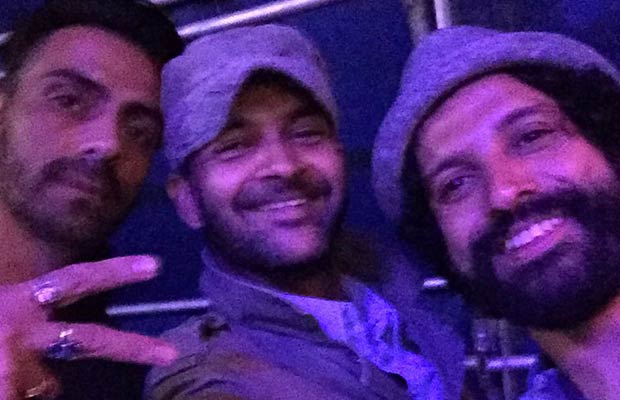 [tps_footer]Multi-talented actor Purab Kohli while shooting for his next Rock on 2, had a gala time with his co-actors from the film.

Apparently, Rock On 2 cast during their shooting schedule in Meghalaya, used to have jamming sessions every night, post shoot!

The actors made the best use of the beautiful weather complimented by the wonderful vocals of Farhan Akhtar and Shraddha Kapoor. Even the chief minister of Meghalaya joined in the gang one day and sang beautifully.

The film is the second installment of the franchise Rock On, which is one of the favourite musical films till date. Fans are definitely looking for some great music on screen as well!

Quote : ” Being in shillong was great while shooting rock on. Farhan and Ritesh are great producers and set up all our kits in the hotel we were staying. So every night would end up become a jam session. Towards the end of shooting it became a standard post pack up activity. The jam sessions became so much fun that even the Chief minister of Meghalaya grabbed a guitar and lent his voice with Shraddha and Farhan at one of the gatherings. “[/tps_footer]