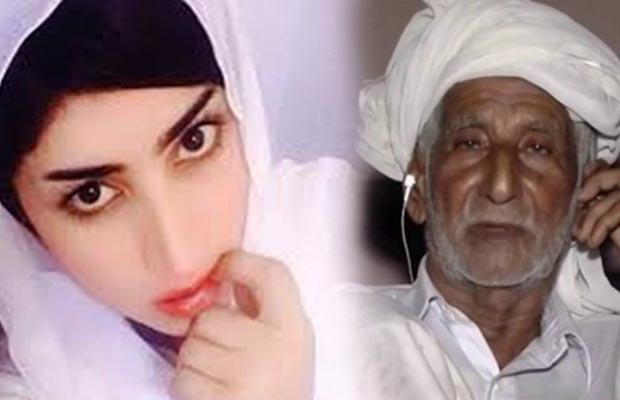 [tps_footer]Pakistan’s sensational celebrity Qandeel Baloch was killed by her brother. The news of her death shocked everyone in the nation. Qandeel was known for her controversial social media presence. The model used to post bold photos and videos on various social media sites. The celebrity was criticized badly by the Pakistan authorities for her acts.

However, the youth of the country applauded her for her open mind and brave self. Many youngsters also respected Qandeel Baloch for her straight forward attitude. Qandeel’s brother Waseem killed her in the name of honor killing. The killer also confessed that he has no remorse for his heinous crime. Waseem expressed that he killed Qandeel because of her provocative pictures on Facebook.

Reports now bring to light, the grief of Qandeel’s parents. Qandeel Baloch’s father has now expressed that he wants his son to be shot dead. He said, “I say he should be shot on sight. He suffocated my little one. We were drugged, asleep upstairs. She must have called out to us.”

Baloch’s father stated that his daughter was his best friend. Qandeel’s mother who is inconsolable stated that she used to share all her secrets with her daughter. She said, “We were mother and daughter, sharing all our sorrows and secrets. She used to tell me ‘Your daughter is working hard, she’ll go far.”

The parents also confessed that they were drugged when Qandeel was strangled to death. Qandeel’s mother said, “My husband and I fell deep asleep. We had drunk milk, it had been mixed with sedatives. In the morning, I called Qandeel for breakfast… but she didn’t get up. Her whole face was covered in bruises, her tongue was black, her lips were black.”[/tps_footer]