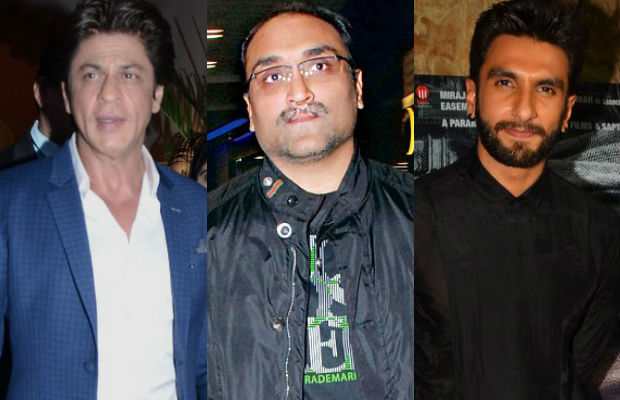 [tps_footer]Shah Rukh Khan and Ranveer Singh are the dream actors for every filmmaker. The two actors who are marvelous in their acting skills might soon come together for Aditya Chopra. Ranveer is already working in Aditya’s upcoming film ‘Befikre’. The movie stars actress Vaani Kapoor opposite Ranveer. The romantic film is already done with its shoot and will release in December.

King Khan SRK who is lately experimenting with new filmmakers has always been a close confidant of Aditya Chopra. The two talent bundles have given the most romantic film of the industry ‘DDLJ’. Reports now state that Ranveer and Shah Rukh Khan will team up for Chopra’s upcoming project. The speculated film will be a romance oriented one which will have SRK in the main lead. The film also has two young actors out of which one will be Ranveer Singh.

Rumors were rife with the fact that SRK and Ranveer have been roped in for Shimit Amin’s next under YRF. But all the reports were proved untrue when the Bajirao of the tinsel town opened up on the same. The Ram Leela actor is also roped in for Sanjay Leela Bhansali’s ‘Padmavati’, which means that the Aditya Chopra film will have to delay!

On the other hand, SRK is also busy with back to back films right from ‘Dear Zindagi’ to Anand L Rai’s upcoming project to Imtiaz Ali’s directorial. Well, given their tough schedules it is very much likely that the YRF project will commence from next year! No official announcement for the same is yet made.[/tps_footer]