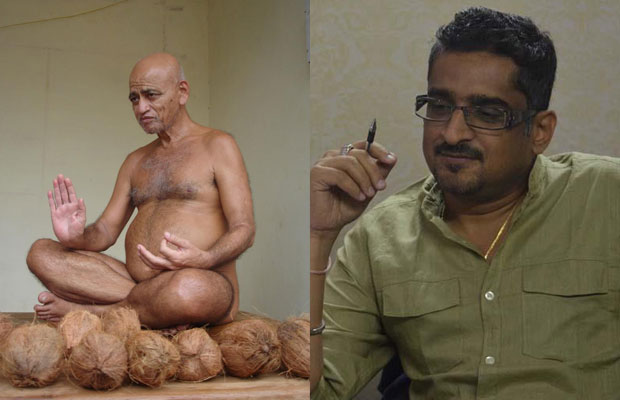 Vidhi Kasliwal of Landmarc Films has directed the documentary for which Tailang has written the voice over. The documentary chronicles the journey of Vidyasagar ji, his teachings and his contribution to the Jain community and society as a whole.

In order to capture the very essence of Acharya Vidyasagar’s divine life, ‘Vidyoday’ has been skilfully documented with such great technique and precision, that most of the footage of his day to day activities and journey from one place to another, was shot without Vidyasagar Ji knowing that he is being filmed for a documentary. Hence preserving the solemnity and authenticity of a monk and his conduct.

The film also throws light upon the various facets of Jainism as a philosophy, the frugal yet fulfilling lives of Digambara Jain Monks, their main teachings and principles such as respecting the life of all species and ‘ahimsa’ (non-violence).

The documentary was completed over a span of 1000 days with a team that grew to over 80 people, by the post-production and completion stage.

On making a documentary on Acharya Vidyasagar’s life that no one until now has achieved, Vidhi Kasliwal says “When we started out we didn’t realise what kind of impact this film could and would have, but as we went along, I realised that this is an audio-visual equivalent of a book which for posterity records the life and journey of Acharya Shri for all future generations to watch. So the responsibility doubled, tripled. We had to ensure that we were documenting everything accurately. For this, we referred to many monks and scholars and went through several cuts at several stages. Hats off to our editor Puloma Pal to have patiently worked on the various edit versions for over a year.”

On collaborating with writer R D Talang, Vidhi says, “We spent months searching for the perfect writer and we were lucky to have been referred to Mr. Tailang. On watching the rough cut, he instantly connected with the film and I can never forget our first discussion post his viewing. He said to me that the film has reformed him and made him more mindful towards non-violence, so much so that he’d think twice before using mosquito-killing devices! There was no way we were going to find someone more suited to write Vidyoday. Thus began our collaboration. A quick one, but a meaningful one. We finished writing in a record 3 weeks and I’m very pleased to say that Mr. Tailang has beautifully captured the essence of Acharya Shri”.

Tailang adds “It is easy to change the perception and views of people through your writing but rarely does it happen that the writer changes in the process. Well, writing Vidyoday, that is Vidyasagar ji’s life journey has been one such experience for me. It has touched and changed my views and beliefs for the better. I am fortunate and glad that when Vidhi Kasliwal, the director and producer of this striking film asked me to script the voice over, despite being committed to several other assignments, I took it up as I was genuinely impressed by the great saint and his love for Hindi. I hope I have done justice to his journey extraordinaire and his followers find it easy to understand and imbibe the teachings of this most exalted monk through this documentary for generations to come.”

Vidyoday will be screened in selected theatres across India from 23rd November onwards.