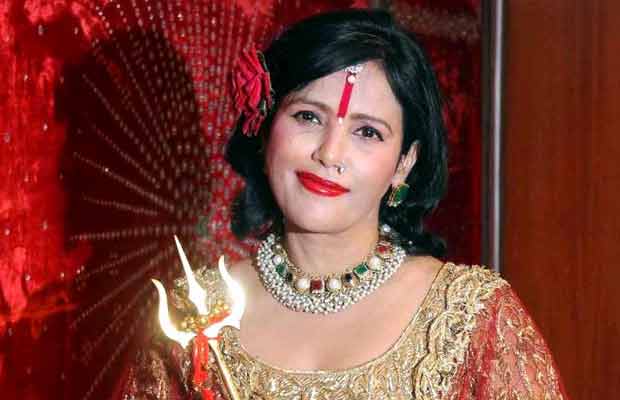 The self-proclaimed controversial God woman Radhe Maa is back in the news. And this time the reason will surely shock you.

Reportedly, Radhe Maa is all set to make her acting debut with a web series titled ‘No Casting No Couch Only Ouch?’ .It is being said that she will play herself and will be portrayed as the guiding light of the protagonist. Also, speculations are rife that she wants to enter showbiz in order to do away with the negative fame.

A leading daily report suggests that the controversial God woman is all set to make her acting debut in a web series. The set is at her bungalow and the producer of the show, Ramman Handa, confirms that she will be seen playing a guiding spirit for the protagonist throughout the show.

Speaking about the same to TOI, Producer Ramman Handa said,

“It is actually a way to make people meet the real Radhe Maa. To me, her name means ‘Rah De Maa’, which means, ‘Show us the way, mother’. And that is what she will do in the series; she plays the messenger of God, who brings the protagonist out of depression.”

He further stated about Radhe Maa’s acting that,

“She was spontaneous and co-operative. It was easy because she was playing herself. The result has turned out to be good.”

What are your thoughts over this idea? Are you excited?

Let us know in the comments section below.