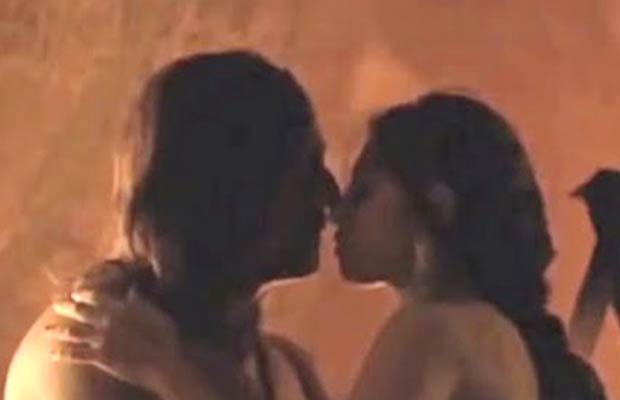 Bollywood actress Radhika Apte known for her brilliant performance in Badlapur has caught up into a controversy as her n*de video from the film was leaked online yesterday. Last year, a n*de video of the actress from Anurag Kashyap’s short film had gone viral and the same disgusting thing has happened again with the actress.

While Radhika Apte‘s Parched directed by Leena Yadav has been winning hearts at the screening of film festivals, the recent controversy of her has shocked everyone. In the video, the actress is seen fully bare as she lip locks with co-star Adil Hussain in the video. When Mumbai Mirror contacted the producer Aseem Bajaj about the video been leaked, he replied saying that he is not aware of the incident. He also added that he may approach cyber cell of the Mumbai police to take off the video. As the film has released in the US and France, the producer thinks that someone from there might have uploaded the video.

“I don’t think the leak happened in India. The film has released in the US and France and its possible someone uploaded them from there. The scenes are not sensational or titillating in any way. But in our country, while rap* videos are available freely, s*x is still considered a taboo so we had planned to blur out the brea*ts. Radhika plays a woman who has been beaten up all her life and is yearning for a loving touch,” says Bajaj.

He further stated, “She’s like my sister, we did not set out to exploit her in any way. This kind of attitude stems from the way people view such scenes. I didn’t see men in the US and France ‘getting excited’. We haven’t sent the film to the Indian censors yet but I am confident the CBFC will understand the thought behind them and agree that they are integral to the narrative. We are not ashamed of these scenes.”