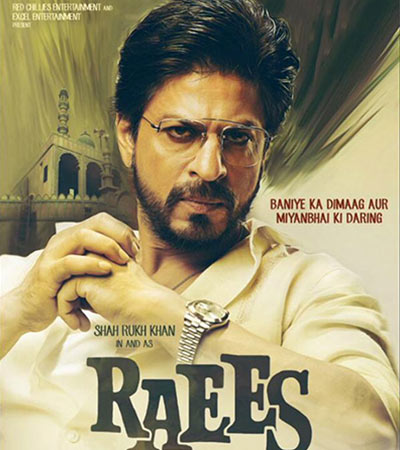 [tps_footer]Ever since Shah Rukh Khan postponed the release date of his film Raees in 2017, fans have been eagerly waiting at least for a trailer or a second teaser. The first teaser was out in July 2015. Raees was going to release in EID 2016 clashing Sultan. But to avoid the clash, King Khan pushed the release date in 2017.

The FAN actor will be playing a bootlegger Miyan Bhai in the film. The first teaser received tremendous response after its release. Thus, fans are curious to watch more of SRK as Miyan Bhai. Directed by Rahul Dholakia, Raees also stars Nawazuddin Siddiqui and Pakistani beauty Mahira Khan. This will be Mahira’s first Bollywood film. Ram Sampath is the music director of the film. It is produced under the banners of Red Chillies Entertainment and Excel Entertainment. Sunny Leone also did an item song in the film.

SRK is currently in U.S. The actor will soon start shooting for Imtiaz Ali’s film opposite Anushka Sharma. The film is tentatively titled as The Ring. Reportedly, the handsome actor is also doing a cameo in Karan Johar’s Ae Dil Hai Muskhil. ADHM will hit the screens on October 28 this year.