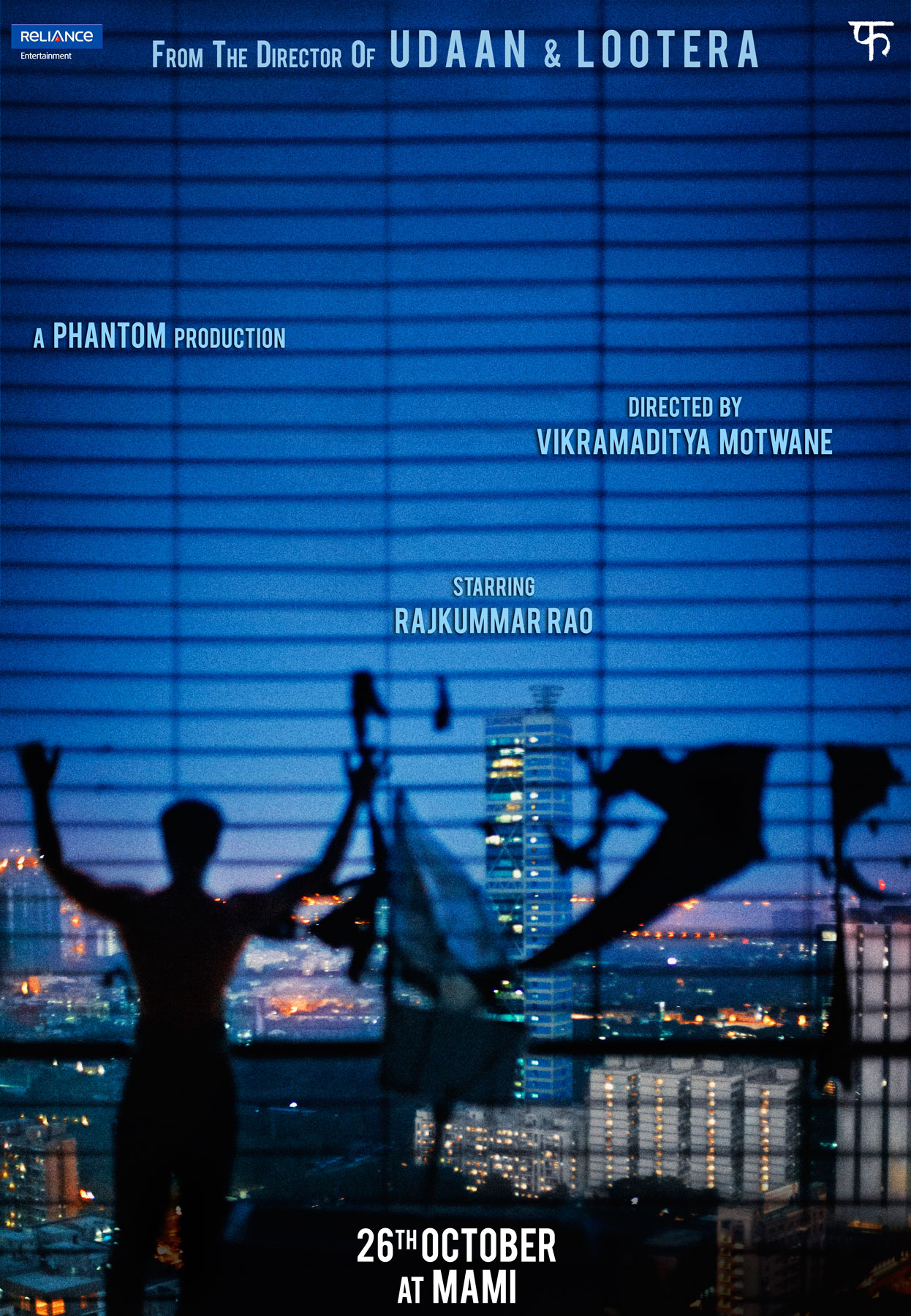 Yes.. you heard that right! This poster of Rajkumar Rao‘s upcoming film helmed by Vikramaditya Motwane is Untitled.

What is interesting is that the makers of the film have released a mysterious poster, what grabs our attention is the fact that the poster has all other details except for the film name!

The film is to be screened at Jio MAMI Mumbai Film Festival on 26th October 2016.

In order to smoothen the screening, the film has been given a temporary title ‘Trapped’.

However, the title is to change post its screening at the Mumbai Film Festival.

The makers of the film are still to lock the final title of the film.

To refrain from causing any delay, the makers released the films poster without a title, in a first of its kind move!

The indie film, is a survival drama that will feature National Award winning actor Rajkumar Rao trapped in an Apartment for nearly 25 days.

The film is Vikramaditya Motwane’s next outing after Udaan & Lootera.

The film marks to be Vikramaditya Motwane‘s third association with Rajkumar Rao with the first two being the critically acclaimed Queen and their upcoming black comedy titled Newton.

The premier also marks to be Rajkumar Rao‘s third entry at the MAMI Film Festival, with the actor having showcased the National Award winning film ‘Shahid‘ and ‘Aligarh‘ at the festival.

Produced by Phantom Productions, the film is directed by Vikramaditya Motwane.