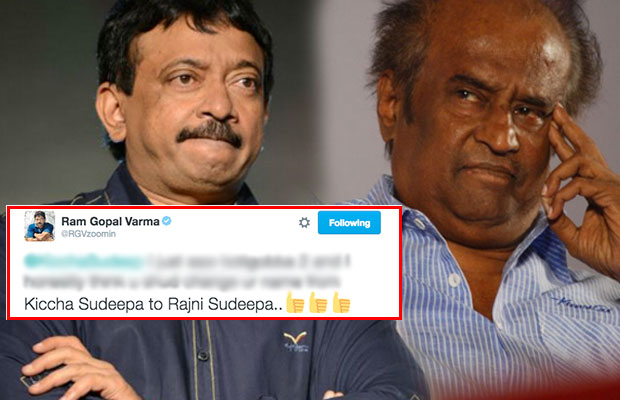 [tps_footer]Director Ram Gopal Varma is back in the news and has made headlines again for his rather controversial tweets. The director, who is known for making controversial remarks, took to Twitter to appreciate the Kannada actor-Kichcha Sudeep’s performance in Kotigobba 2. Well, RGV, as usual, did not choose the straight path and instead took a dig at superstar Rajinikanth.

While praising Sudeep’s performance, RGV took potshots on the superstar and again, it is not surprising as he is known well for the same and not his films.

At first, he complimented Kichcha Sudeep’s performance saying, “@KicchaSudeep I just saw kotigobba 2 and I honestly think u shud change ur name from Kiccha Sudeepa to Rajni Sudeepa.” 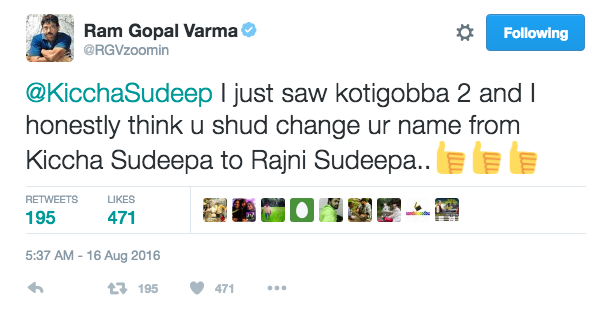 His rant continues in the series of his tweets. In fact, he dared to compare Rajinikanth’s acting skills despite knowing the number of huge fan following of the superstar on social media. 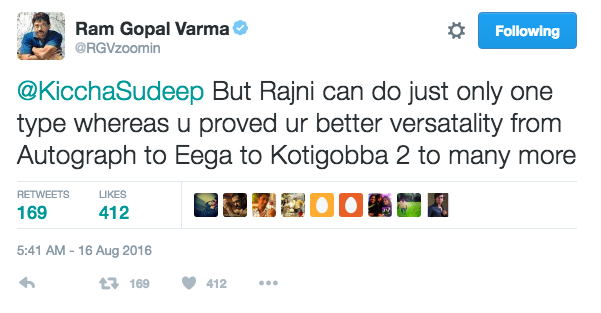 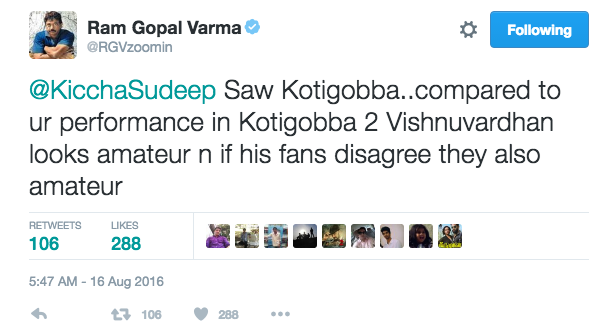 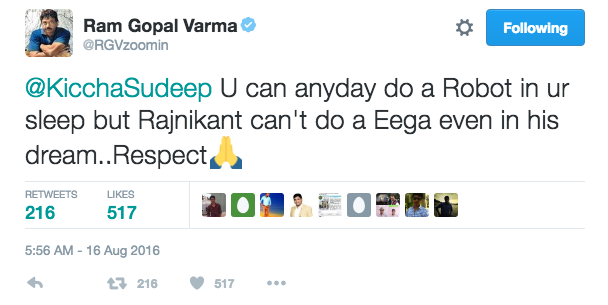 Well, he wasn’t spared and Twitterati reacted on his tweets but nothing made a huge difference to him. He has and it seems will continue being what he is. 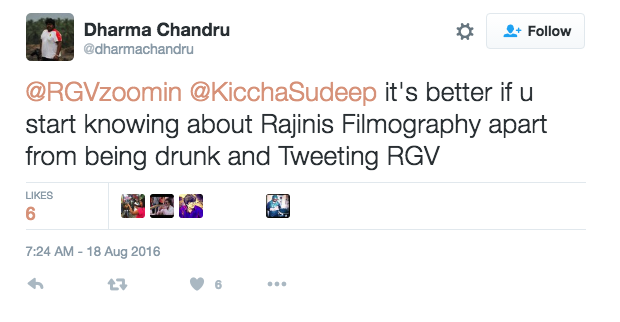 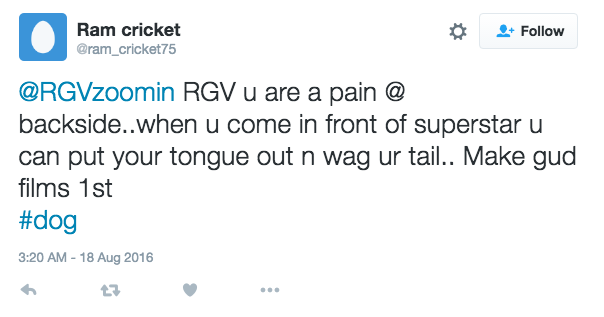 Kicha Sudeep was kind enough and took the appreciation but did not like him being compared to the two legends, Vishnu sir & RajiniSir. 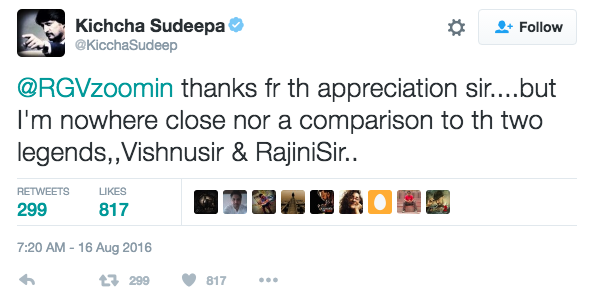