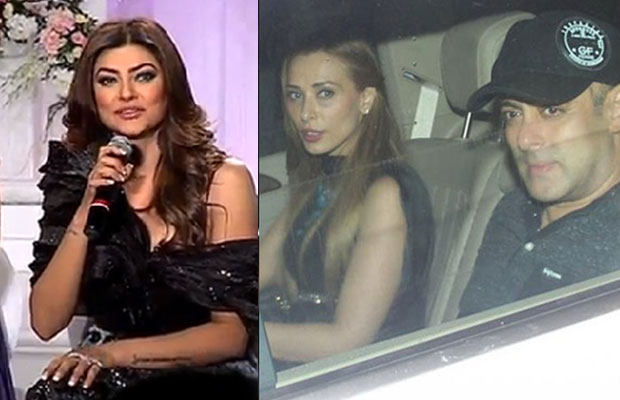 Bollywood actor Salman Khan’s impending marriage has grabbed all the attention. Fans and media are eagerly waiting to know about their favourite actor’s wedding. In fact, these days Salman is seen making back to back public appearances with girlfriend Iulia Vantur, which has left everyone speculating about their marriage. The Romanian beauty also accompanied Salman for the shooting of his film Tubelight in Ladakh.

Well, nobody has the answer on why Salman Khan is not marrying and that what he is up to but actress Sushmita Sen has an awesome reaction on Salman Khan’s single status. Yesterday, the former beauty queen walked the ramp for designer Rebecca Dewan in Mumbai.

During media interaction, Sushmita Sen was asked if she has anything to say about Salman’s marriage. The actress was very much excited to talk about the same. She said, “Should I guess?”

“You are asking the question to the two people who celebrate being single. They are not single because they didn’t find anyone, they did that by choice and Go Salman..Go Sush (Sushmita),” the actress said in a cheerful mood.

Well, Sushmita Sen had an awesome reaction and we all know, she is an inspirational single mother of two adopted daughters. Well said, lady!