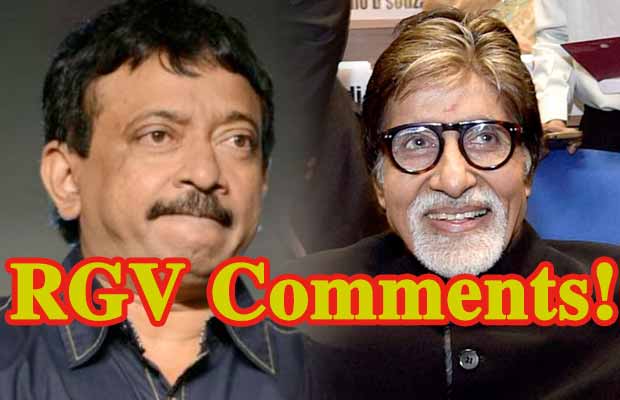 [tps_footer]Rangeela movie director Ram Gopal Varma is known for his outspokenness and blunt views on various issues, stars, films and more. Recently, RGV joined hands with Kamaal R Khan to criticize Shah Rukh Khan‘s Fan and he even advised SRK not to follow offbeat cinema and play characters like a fan, dwarf and all or else he will lose his success to Salman Khan. RGV feels that all this can lead King Khan to failure like Kamal Haasan lost his success to Rajnikanth in the South Film Industry by playing such characters which the audiences just couldn’t accept him.

And, we feel every actor has the right to experiment with different characters and stories. And, honestly, any person on this planet who has a sound mind will never agree with KRK at any point. Right? This guy never talks sense and he is ready to insult any star at any point of time just because his Deshdrohi became a hit, by mistake.

RGV said that Amitabh Bachchan has been giving spectacular performances for the past so many years and now he is given a National Award for Piku what about his other movies? Well, we agree with the fact that people who deserve a lot of appreciation and awards for their work don’t get such awards and rewards on time and so much of talent in India goes unnoticed and craves for a good opportunity. What do you say on this issue?[/tps_footer]