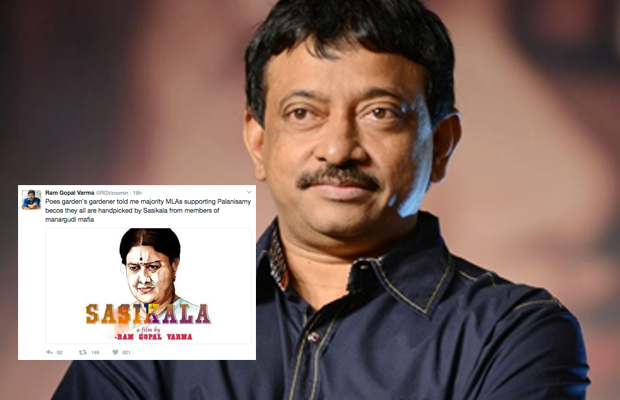 The Tamil Nadu politics have been hitting it really hard when it comes to making the news. Well! After the consistent confusions taking place with the Chief Minister’s position after late Jayalalithaa’s death, here’s a filmmaker who couldn’t resist giving thought about filming the reality.

Well! Filmmaker Ram Gopal Varma recently took to Twitter to announce that he is making a film on the current Tamil Nadu politics. He wants to make a film on Sasikala who got convicted for charges of corruption and hit with charges with an imprisonment of 4 years. Just like previous films, this film too will be titled in a different way named as ‘unimaginably shocking truth’ portraying the relationship that Sasikala shared with late Jayalalithaa.

His sources are believed to be the domestic staff of 36, Poes Garden, Jayalalithaa’s residence. RGV also described the imprisoned lady as – Don Vito Sasikala Corleone of the Manargudi Mafia Family’ (which is what Sasikala’s family members have been dubbed by the media). 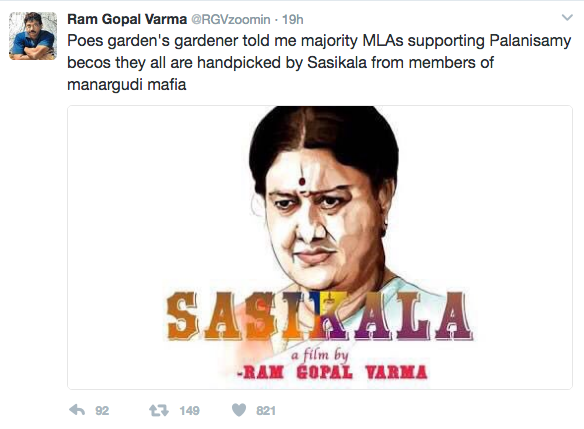 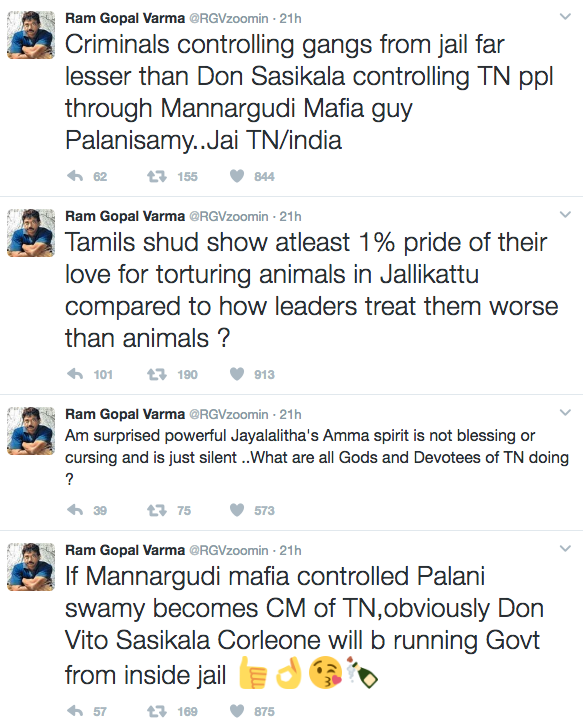 V K Sasikala, candidate for Chief Minister of Tamil Nadu presented herself as the successor of Jayalalithaa last month. But she began her imprisonment in the Bengaluru’s Central jail after she was slapped with charges of corruption. So now E Palaniswami has taken over as the Chief minister of the state.

Let’s wait for the film’s announcement.