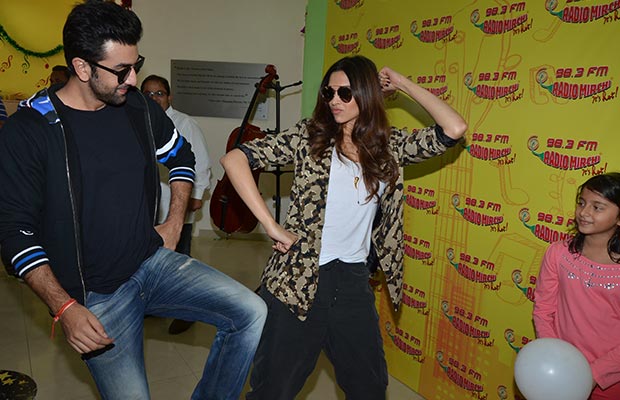 Deepika Padukone, who is a huge seafood fan, decided to indulge in some coastal delicacies, but with co-star Ranbir Kapoor in company.

While the duo was in the suburbs for their upcoming film’s promotions, Deepika decided to take Ranbir Kapoor, and some of the movie’s crew members for a meal at Highway Gomantak, a quaint restaurant in Bandra (E).

This eatery is one of Deepika’s favourite places for seafood. The actress has also visited it on several occasions. Deepika made Ranbir try a variety of dishes at the restaurant. While he wasn’t sure of the place initially, after trying the food, he fell in love with it.

Recently, the two actors took a break from their hectic schedule to catch up on a play date at Prithvi theatre with their director, Imtiaz Ali.

In reel life they imitate their favourite matinee idols and even stage street plays when on a holiday in Corsica. Imtiaz Ali wanted them to watch some ‘Tamasha’ before the real ‘Tamasha’ unveiled on November 27.

‘Tamasha’ has been in the news as it showcases Bollywood’s most loved pair Ranbir Kapoor and Deepika Padukone, who were last seen together in 2013, coming together on the silver screen on November 27, 2015.

The film has been the most talked about ever-since the unison of Ranbir and Deepika for the film made headlines, the films music further added fuel to fire. Presented by UTV Motion pictures and Nadiawala Grandson Entertainment, ‘Tamasha’ is directed by Imtiaz Ali and produced by Sajid Nadiawala.