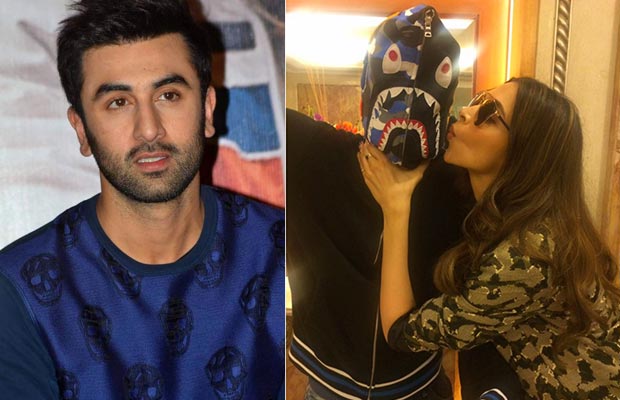 After their break up and also after their last film ‘Yeh Jawaani Hai Deewani‘, Bollywood’s most loved on screen couple Ranbir Kapoor and Deepika Padukone are back again for their upcoming film ‘Tamasha’.

Dusting all the past, Ranbir and Deepika are good friends and colleagues. The duo is currently promoting their upcoming film ‘Tamasha’ together and in an recent interview the duo were seen speaking about each other frankly.

Ranbir Kapoor, who rarely brings out about his personal life publicly, was seen taking about Deepika at his best. When asked what he does not like about Deepika Padukone, Ranbir said, “That she is a flirt. That she is working too much and should not burn herself out. She should take more holidays and breaks and should reserve herself, which she has started doing now.”

Not stopping there, Ranbir Kapoor had a big list of likes about Deepika and continuing on the same, he said, “(I like) Her values that come from her parents. She can many a times say the wrong thing, do the wrong thing, be obnoxious, can be rude, can be sweet but, it’s all coming from a place of organic sense of things, I don’t think she is ever saying something because somebody else has said it. It’s coming from what she thinks and she is very positive.

“If you are doing an interview or a scene with her, there is a lot of care she will take for her co-actor or director. She does not have a hero-centric mind and is not a superstar who likes to steal the limelight from others.”

Ranbir Kapoor also shared the suggestion he had given to Deepika when they were no longer together. He said, “I remember we were no longer together that time, but before she had signed Cocktail, she was still living at her old home and me and Ayan had gone to her house and after everyone left, I had a conversation with her.

“She was confused and I remember telling her that she had a potential to be a very big animal in this industry. I didn’t think that Cocktail was the right film for her and I even told her that, but she was clear about her choice. But the point is that she had given me the leeway to tell her that.”

Well, the two ex-lovers turned friends talking about each other is not surprising, but it’s good to see them together, nevertheless for a film only!