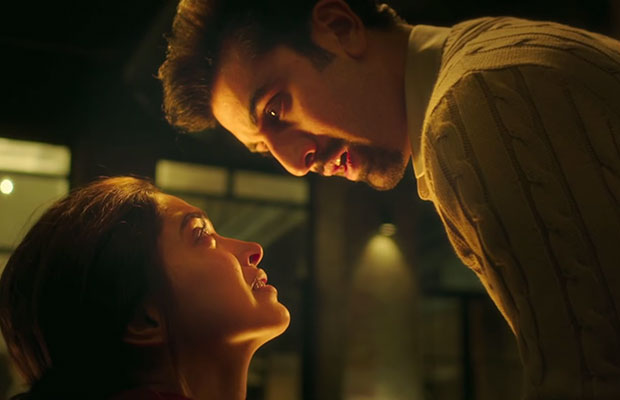 Tamasha‘s juke box was released recently and has been well received by its audiences. The makers recently released two music tracks from the film, Matargashti and Heer toh badi sad hai.

All the songs are composed by the ace musician AR Rahman. The songs being diverse in emotion have manged to strike a chord with the audiences.

While Matargashti brings a fun loving, free spirited aura, Heer toh badi sad hai, which is a unique happy – sad song depicts a phase of separation between the lead actors while having a Punjabi feel to it.

The song Matargashti, brings back the magical trio, Rahman-Mohit-Imtiaz after ‘Rockstar’, and Heer to badi sad hai marks a collaboration between Mika, Rahman & Imtiaz for the first time. The music album of the film has already managed to touch millions of hearts within a few days of its release.

Further to the list of released songs from the film, ‘Tamasha’ has in store to offer to its audiences ‘Agar Tum Saath Ho’ sung by Alka Yagnik and Arijit Singh both being the best of their times. Another delight from the film’s music is Tu Koi Aur Hai. The soothing number is sung by Rahman himself.

The song Safarnama is a treat to all the Lucky Ali fans, as the renowned singer has lent his voice to the tunes of Rahman.

In addition to bringing back the golden couple of Bollywood, Ranbir-Deepika on celluloid, Tamasha is associated with stalwarts of the music industry with names like A.R Rahman, Irshad Kamil, Mohit Chauhan, Arijit Singh, Lucky Ali and Mika associated with it.

Tamasha brings two ex-lovers back on the silver screen again and what more can you ask for from director Imtiaz Ali. The film decodes relationships and much more. Director Imtiaz Ali has come up with a film that says “Why always the same story?” It’s a personal journey yet passionate and quirky that dismantles Ranbir’s life so that he can become what actually world wants him to be.

The trailer already makes us want to watch more of the film and as we all know Ranbir andDeepika are known as golden pair of the industry and excitement among the fans to see them together once again is high! Presented by UTV Motion pictures and Nadiawala Grandson Entertainment, Tamasha is directed by Imtiaz Ali and produced by Sajid Nadiawala.