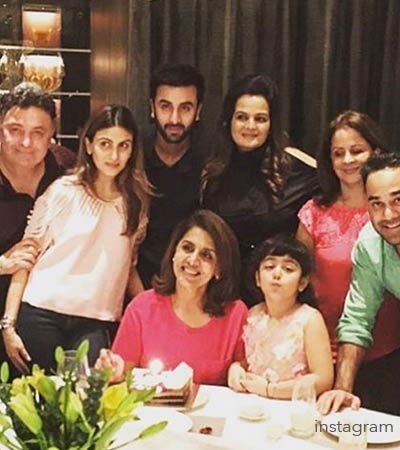 [tps_footer]Ranbir Kapoor is known for being a mumma’s boy. The actor halted all his professional commitments recently, to be a part of mom Neetu Kapoor’s birthday celebrations. Graceful veteran actress Neetu Kapoor also recalled as Neetu Singh celebrated her birthday yesterday. The senior actress who bid an adieu to the film industry after getting hitched to Rishi Kapoor is surely a perfect homemaker.

Neetu Kapoor was all smiles as she celebrated her birthday with her family. The birthday meet was attended by Rishi Kapoor, Ranbir Kapoor, Neetu’s daughter Ridhimaa and granddaughter Samara. The family celebrated Neetu’s birthday in London with a nice cozy dinner.

Doting son Ranbir who is much in news for his relationship status and upcoming films was also present at the family gathering. The actor was appearing to be all happy in the picture shared by Neetu Singh. The veteran actress posted the family picture on the photo sharing app Instagram captioning it, “Family birthdays !!! Best times.” 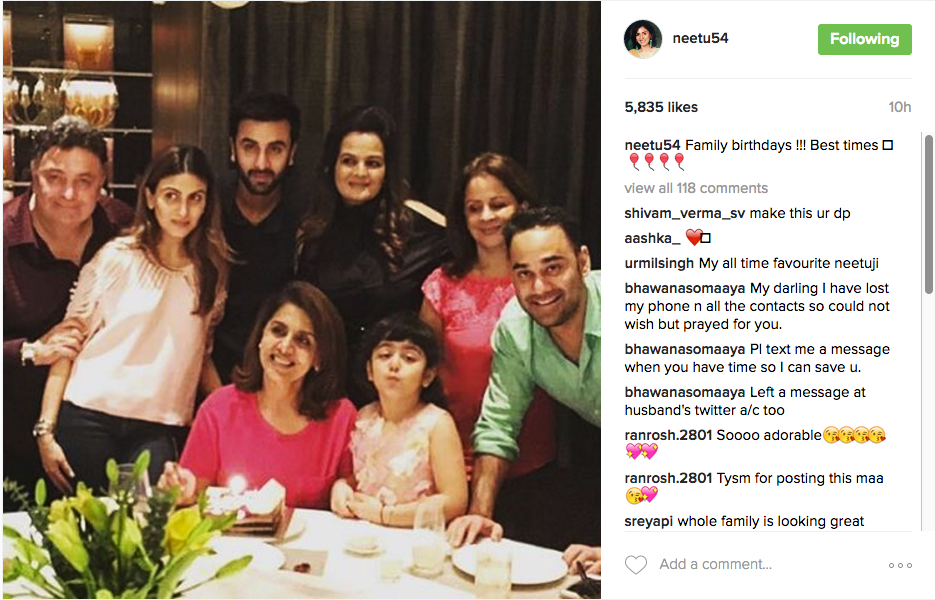 Well, when it comes to partying and celebrations Kapoors are never behind. On the work front, Ranbir will soon be seen in the film ‘Ae Dil Hai Mushkil’. Apart from the stated the actor will also star in ‘Jagga Jasoos’ and the yet to be titled Sanjay Dutt biopic. Rishi Kapoor who is known for his active twitter handle was last seen in the film ‘Kapoor & Sons Since 1921′.[/tps_footer]