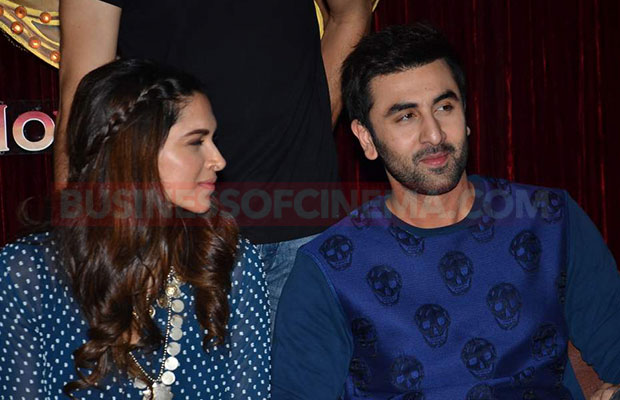 Bollywood’s heartthrob actor Ranbir Kapoor, who is currently shooting for his next film ‘Ae Dil Hai Mushkil’, celebrates his 33rd birthday in London. The actor at the trailer launch of his film ‘Tamasha’ with Deepika Padukone had mentioned that he would be having a working birthday and that he doesn’t feel anything special about his birthday.

The ‘Rockstar’ actor had many ups and downs both in his personal as well as at professional level. As we all know ex-flames Ranbir Kapoor and Deepika Padukone parted their ways long back, but the duo still share the same chemistry in reel life. Both the amazing actors will be seen together once again in Imtiaz Ali’s ‘Tamasha’. Recently, the actor was quoted saying that both he and Deepika have moved on as individuals and as actors.

He also said that he feels good working with someone who is motivated and that working with Deepika is a terrific experience. “I share a deep comfort level with her. I don’t feel awkward with her. We are all professionals,” he added.

Well, most loved onscreen couple Ranbir and Deepika are all set to showcase their magic on the silver screen once again in their upcoming film ‘Tamasha’. After impressing everyone with their last film together, the two are again set to sizzle for Imtiaz Ali’s ‘Tamasha’.

Well, past is all done and dusted and everyone seemed to have a great time!