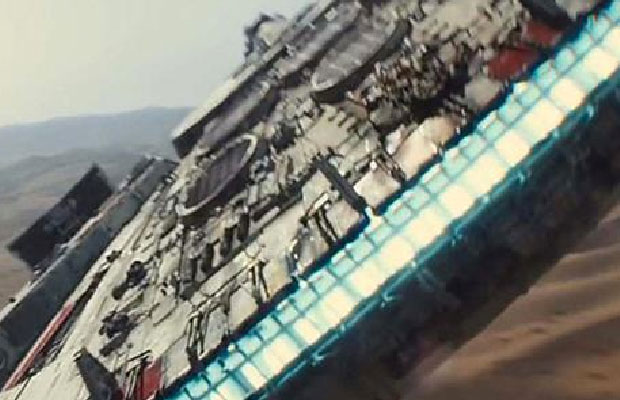 The official announcement made by Disney CEO Bob Iger about the ‘Star Wars’ addition to the Disneyland was welcomed as a fresh change by everyone. And now the work has been put to action as several famous Disney rides have temporarily been disabled in order to start the construction of the ‘Star Wars’ world. With the upcoming movie ‘Star Wars: The Force Awakens’, the new addition at the famous theme park will definitely be sold out on its first day itself!

On the other hand an all new first look series of posters have been released on the official Star Wars website. The comic posters give us an insight about the looks of the characters in the film that has become one of the most awaited films as it marks the comeback of a franchise that is no less than legendary. ‘Star Wars: The Force Awakens’ is the 7th episode in the series of films released till date. The posters create a striking image of the lead characters Luke Skywalker, Han Solo and Princess Leia among others.

Also Read: Star Wars To Have A Spin-Off Prequel Titled Rogue One

Starring actors John Boyega, Daisy Ridley, Adam Driver, Oscar Isaac, Andy Serkis, Domhnall Gleeson, Max von Sydow and Mark Hamill among others, the film is directed and co produced by J.J. Abrams. Walt Disney Pictures which is the production company behind the picture have taken a step forward to bring the Star Wars world to life at their theme park Disneyland. Rides that have been removed to make room for it might not be coming back for quite some time now.

‘Star Wars: The Force Awakens’ is all set to release on December 18, 2015. The film is also known as ‘Star Wars: Episode VII’ which is being made after the last episode ‘Star Wars: Episode VI – Return of the Jedi’ made in the year 1983. The grand visuals and intense storyline showed in the trailers along with the enthralling music proves that the film is promising to its core. The film will show the further adventures of characters Luke Skywalker, Han Solo and Princess Leia. The force awakens this Christmas, are you ready for it?