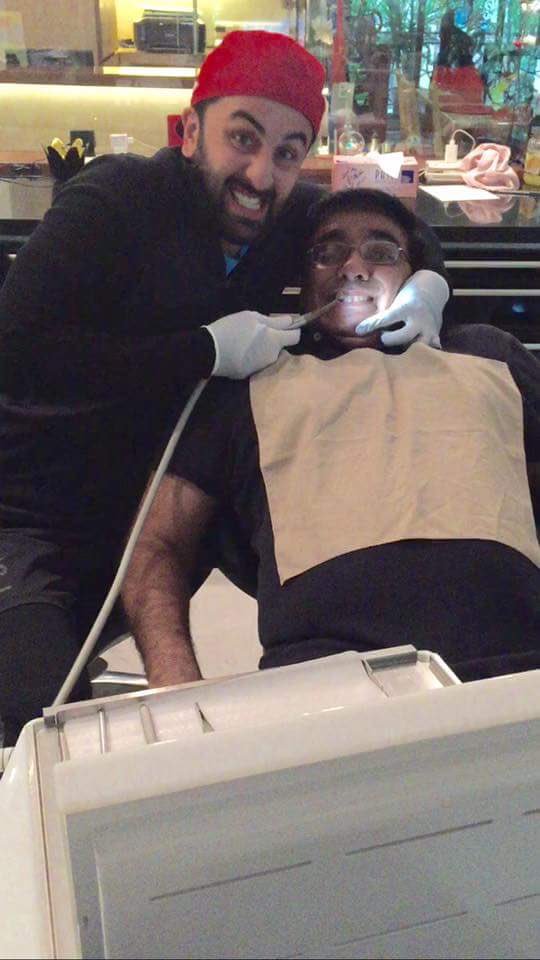 Ranbir Kapoor is the most adorable actor of Bollywood. The actor is known for his charm and style. Ranbir Kapoor was last seen in Tamasha and he surprised everyone with his magnificent performance. The actor will be seen be seen in Jagga Jasoos opposite Katrina Kaif and he will also be seen in Ae Dil Hai Mushkil opposite Anushka Sharma.

Ranbir is known for his quirkiness and latest he posted a picture on Instagram where he was actually taking revenge from his dentist of course in a humourous way. In the picture Ranbir was seen doing a root-canal for his doctor and seems like the dentist was scared and was thinking what will Ranbir do with him. But on the other end, Ranbir was widly smiling and posed for the picture too. The picture was posted on twitter by Ranbir Kapoor‘s fan club and we must Ranbir is looking adorable in the picture.

Meanwhile, do see this picture and tell us about it in the comments below.