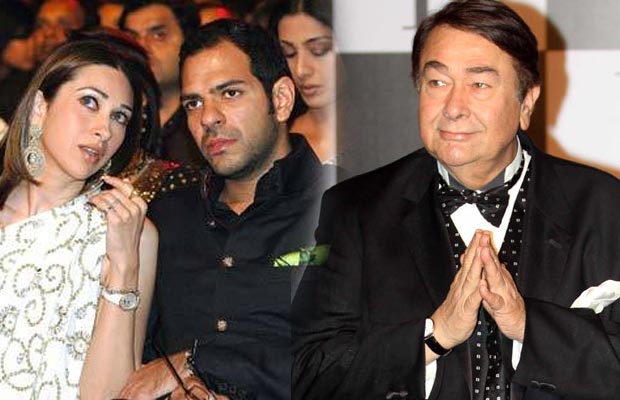 [tps_footer]Karisma Kapoor’s father Randhir Kapoor is quiet annoyed and furious over his ex-son in law Sunjay Kapur’s allegations on his daughter. In the fresh divorce petition, Sunjay Kapur has claimed that Karisma Kapoor married to her for money.

Rubbishing all the allegations and expressing his anger, Randhir Kapoor in an interview said, “Everyone knows our ­credentials. We are Kapoors. We don’t need to run after anyone’s money. We have been blessed with not only money, but our talent can support us for the rest of our lives.”

The veteran actor also spoke on how he was always against his daughter’s marriage with Sunjay Kapur. “Sunjay is a third class man. I never wanted Karisma marrying him. He has debauchery in his ­system and never cared for his wife. He has been giving bull*** to her, and living with another woman. The entire Delhi knows how he is. I would not like to say anything more than this,” Randhir Kapoor says.

As quoted by a leading tabloid, Karisma Kapoor’s lawyer Kranti Sathe, has also rubbished all the allegations as false and that he Sunjay is causing great harm to the children’s welfare by spreading false stories.

In the fresh petition failed at the Bandra family court, Sunjay Kapur has also claimed saying that Karisma is not a good mother as she has used their kids Samaira and Kiaan as “pawns” and didn’t let Kapur family to meet them.

Sunjay Kapur and Bollywood actress Karisma Kapoor married to each other in 2003 after actress broke up with Abhishek Bachchan. In 2011, the couple filed for the divorce by mutual consent, but last year, Karisma withdrew the petition stating that Sunjay Kapur could not comply with the financial commitments.[/tps_footer]