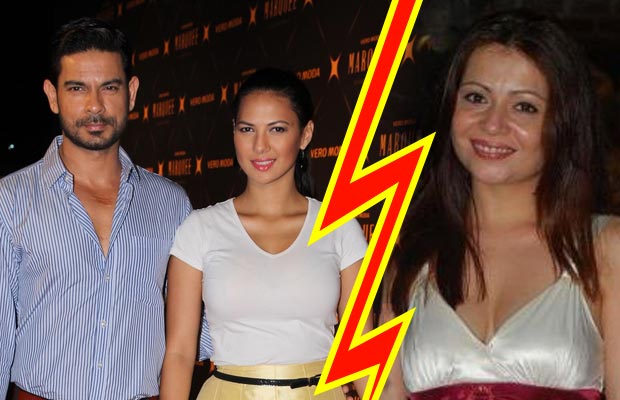 [tps_footer]Bigg Boss 9 contestants Keith Sequeira and Rochelle Rao, who have been dating from last few months, were asked to engage with each other on the show. Recently, during a task, Imam Siddique asked Rochelle and Keith to officially propose each other for the engagement.

After giving a thought, the much in love couple ignored and refused to do so without their parents concern. In an interview with Bollywoodlife, Keith Sequeira’s ex-wife Samyukta Singh was asked about her views on Rochelle and Keith’s relationship.

To which she replied saying, “From what I know, they have been dating only since last three months. I don’t know the girl (Rochelle) and I haven’t met her ever. But you know Keith is a grown up man. I don’t think he is so stupid. I really dunno what to say. You know the Keith I knew is very different from who is he now! I don’t even know if I know him anymore.”

Also, rumours were taking rounds that Keith’s ex-wife might appear during the grand finale of Bigg Boss 9. Responding on the same, Samyukta Singh said, “I was never planning to. I don’t know where it came from. I was unnecessarily dragged into it. I have not intentions at all to come on the show!”

Earlier, during the start of the show, it was also speculated that Keith’s ex-wife might enter Bigg Boss 9 house, but Samyukta Singh trashed all the rumours on the same. Well, Rochelle and Keith’s relationship has grabbed all the eyeballs on the show. Spending three months with many ups and downs on the show, the two have successfully reached in top 6.[/tps_footer]