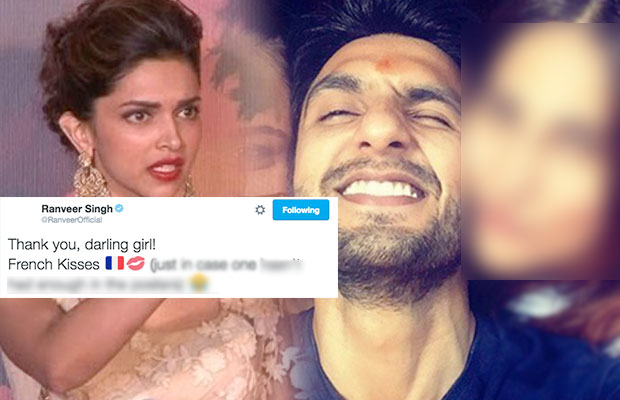 [tps_footer]Known for his flirtatious moves, Bollywood’s Casanova Ranveer Singh is a man who can tug at the heartstrings of his female fan followers as well as of Bollywood actresses. The Bajirao Mastani star, who has grabbed all the limelight over his relationship with Deepika Padukone, seems to be in a romantic and fun mood.

The actor took to his twitter handle to reply to his Befikre co-star Vaani Kapoor and his reply can literally make Deepika Padukone jealous. He jokingly tweeted, “Thank you, darling girl! French Kisses (just in case one hasn’t had enough in the posters)” 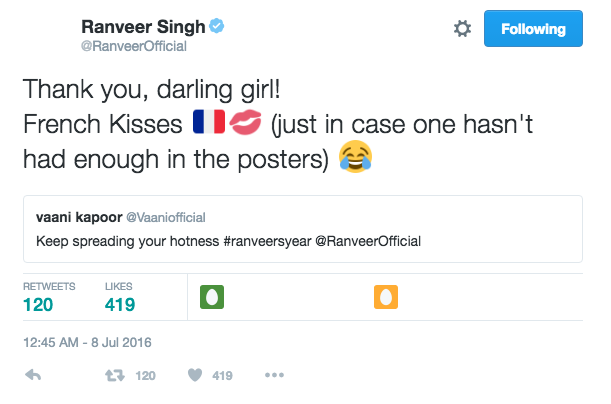 Ranveer Singh and Vaani Kapoor starrer Befikre posters had left everyone surprised as the lead couple was seen indulged in the French kiss. All the three posters of the film see Ranveer Singh– Vaani lip-locking and are totally engrossed in their own dreamy world. It seems Ranveer and Vaani would definitely make a good pair and their chemistry is flowing all over on social media

Talking about Befikre, Ranveer Singh who is known as one of the dedicated actors of Bollywood made his debut with YRF’s ‘Band Baaja Baraat’ in 2010 and exactly after 5 years he makes his comeback with YRF again. The film is being directed by YRF’s head honcho Aditya Chopra and is said to be his dream project. The film is all set to release this year on December 9. The makers of the film recently wrapped up the shooting of the film in Paris and are back to bay now. 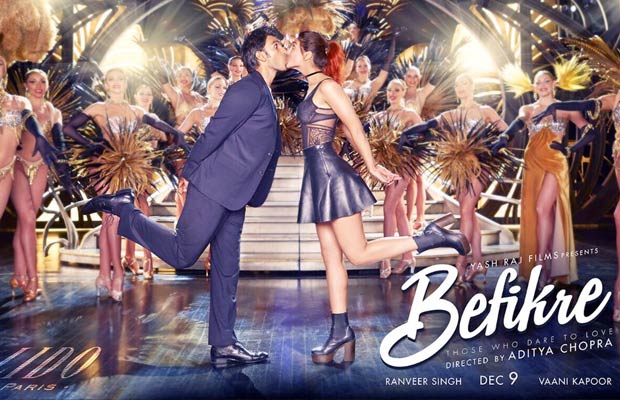 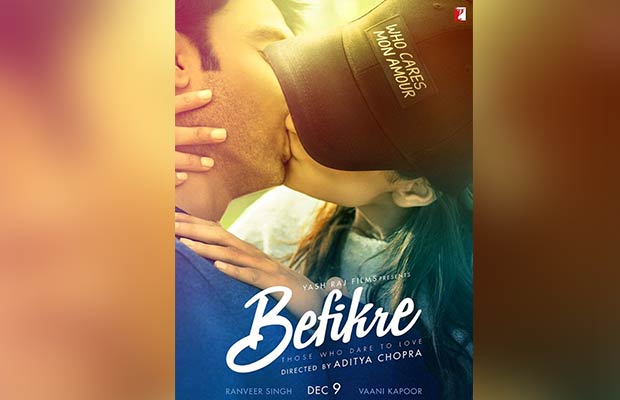 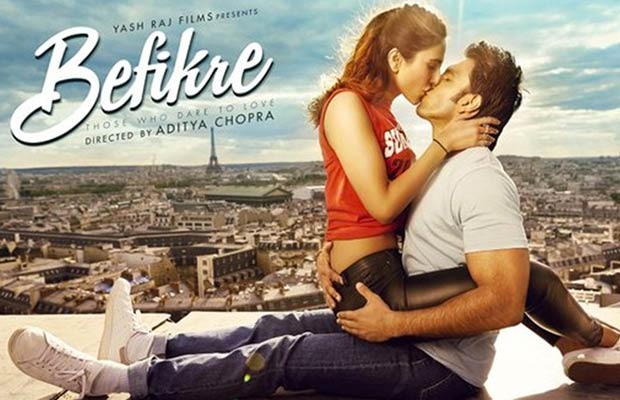