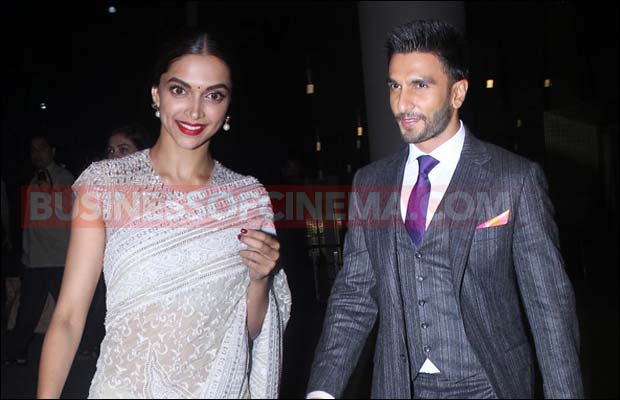 Ranveer Singh who shared Best Actor (Jury) award for ‘Bajirao Mastani’ along with Amitabh Bachchan, who won for his role in ‘Piku‘, gave a gracious speech for acceptance. The actor said, “For me, to be here on the stage accepting an award which is a tie with him is an incredible moment … I am grateful to Mr Bachchan for inspiring me to become an actor and entertaining people for so many decades,” said Ranveer Singh.

Well, Ranveer and Deepika have always shied away from accepting their romance, however, the two stars are now flaunting their strong relationship and bonding to the onlookers. Well, this time Deepika received two awards for best actress under Jury’s choice and Viewers’ choice. When the actress received the award for the first time, Ranveer Singh took the mic to praise the actress while receiving the award on her behalf. When the second time came to receive Deepika‘s award, Ranveer did something that nobody expected.

“It’s an incredible honour to win the Best Actress award tonight. Thank you Sanjay [Leela Bhansali], Ranveer and Priyanka [Chopra] for being amazing co-stars and every single person who made this film so special. I am on the set filming, but this is great news. Wow,” said Deepika Padukone on Facetime with Ranveer Singh from the sets of her film in Canada.

Well, Ranveer Singh‘s this gesture for his ladylove Deepika left everyone awestruck![/tps_footer]