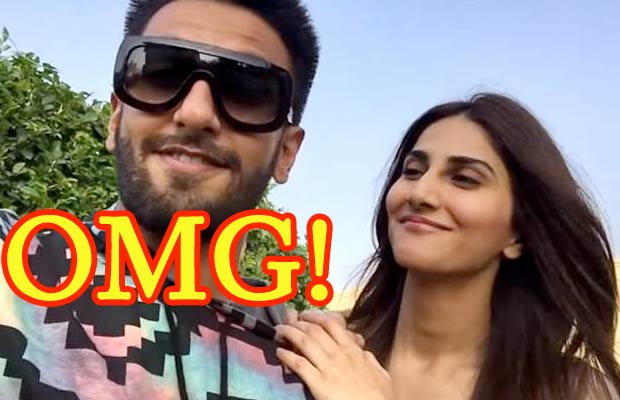 [tps_footer]Bollywood is full of upcoming star-studded movies like Sultan, Dangal, Mohenjo Daro, Akira, Force 2, Shivaay, Raees, Kaabil, and more but we are waiting for our young superstar Bajirao Ranveer Singh to sizzle the silver screen with his latest movie Befikre starring Vaani Kapoor. Ranveer has been working very hard to stay fit, polish his dance skills by learning new dance skills like Tango, Hip-Hop, and more. It’s a light romantic movie and YRF‘s head Aditya Chopra is directing it, he is making a comeback in direction after seven years and the last movie Aditya directed was Shah Rukh Khan-Anushka Sharma starred Rab Ne Bana Di Jodi.

Well, both Ranveer Singh and Vaani Kapoor have all the reason to be excited for shooting the last schedule of Befikre but it’s recently reported the shooting of this upcoming flick has been stopped and the makers are planning to extend the shooting of the last schedule for few days. This delay is not caused by Ranveer Singh or Vaani Kapoor, in fact, it’s the weather conditions of Paris that are making it difficult for the cast and crew to complete the final schedule of Befikre due to heavy rains. The team of Befikre was ready to shoot a scene near Eiffel Tower but the rains continued for two days and this made the cast and crew of Befikre to reschedule the shoot.

We hope the entire team of Befikre completes the shooting of its last schedule in Paris soon, we can’t wait to watch Ranveer Singh‘s next movie and his chemistry with his co-star Vaani Kapoor is making us more curious to watch the film after witnessing the exciting posters of this flick.[/tps_footer]