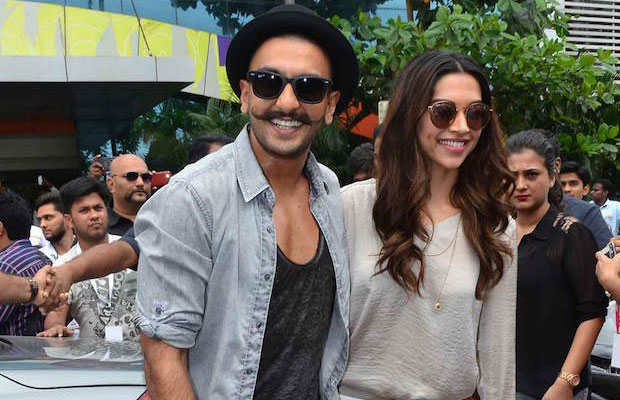 Bollywood’s alleged couple Ranveer Singh and Deepika Padukone leave no stone unturned when it comes to praising each other. Recently, when Deepika launched her foundation Live Love Laugh, Ranveer couldn’t help but praise his ladylove on the micro-blogging site Twitter. Ranveer very adorably told Deepika how proud he is of her. And why wouldn’t he be? The beautiful actress has taken a step forward to create social awareness about battling depression through her new foundation.

Deepika Padukone had earlier revealed to the world her own battle with depression. How the actress thought there was no hope, but later sought guidance from experts and loved ones. After undergoing that nightmare, the ‘Piku’ star decided that she will do something to make a difference in those people’s lives, that are battling depression just like she did.

Making use of her celebrity status, Deepika formed a new foundation named ‘Live Love Laugh’, which she launched on the occasion of World Mental Health Day, on October 10. The beautiful actress hosted a high profile tea party hosted by her. Invited to the esteemed event were CM Devendra Fadnavis, Nita Ambani, Aamir Khan with his wife Kiran Rao, Vidhu Vinod Chopra and Anupama Chopra among other celebrities and politicians. 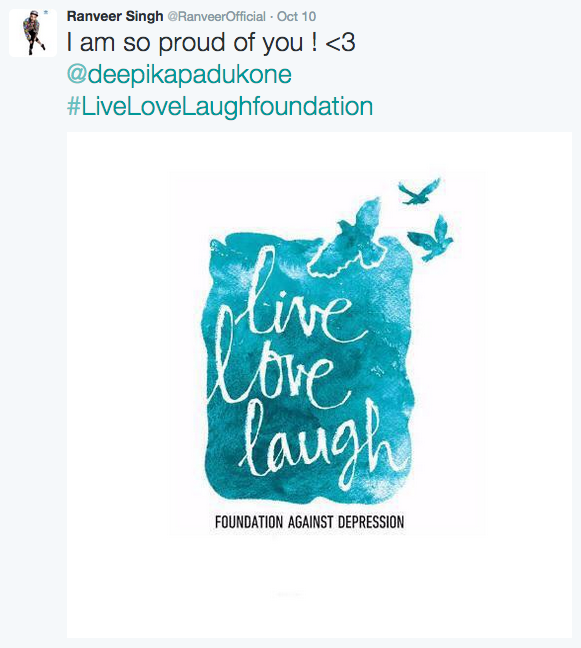 Naturally, the event was a huge success and to praise Deepika for her tremendous efforts, her on screen off screen partner Ranveer Singh took to his Twitter handle and wrote, “I am so proud of you ! <3 @deepikapadukone #LiveLoveLaughfoundation” Well isn’t that adorable? The duo has always kept hush about accepting their love openly. But we don’t have any complaints! Whatever equation they share, it is cute and adorable to the fullest limit!

Ranveer Singh and Deepika Padukone will soon be seen together in their film ‘Bajirao Mastani’ directed by Sanjay Leela Bhansali, costarring Priyanka Chopra. We can’t wait to see them together on screen once again!