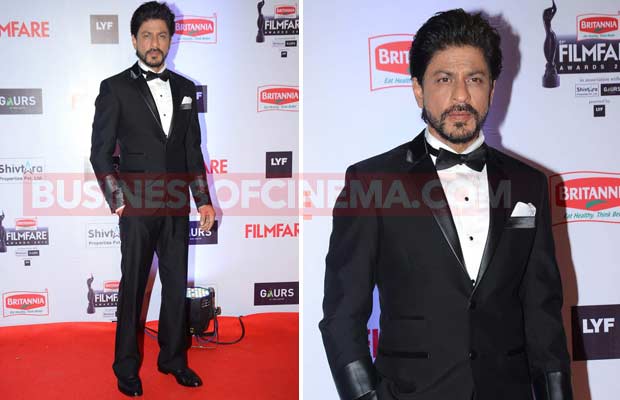 [tps_footer]Shah Rukh Khan already has three releases, Fan, Raees and director Gauri Shinde‘s untitled movie opposite Alia Bhatt. For now, he is busy promoting Fan in different places and shooting for Raees and Gauri Shinde‘s next, side by side. Shah Rukh had recently said that his new schedule for new movies will start from June-July. And, that certainly got us excited. Just how much King Khan wants to work ???

Reportedly recently by a leading portal, “After playing a smart don, a cunning gangster, an obsessed fan, Shah Rukh Khan will now be seen playing a dwarf. Yes, it’s official ! The actor will be essaying the role of a dwarf in Aanand L Rai’s upcoming project.”

Aanand, while discussing a bit about the story of his next movie, he revealed a bit about this movie starring Shah Rukh Khan, “It sounds like it is just about a dwarf but it is much more than that. It is a much taller film. It is a very entertaining and interesting love story.” He added that “he’d be a ‘fool’ is he does not have romance and songs in a Shah Rukh film.” Good decision Aanand ! And our dear readers, nothing is said about the leading lady as no one is finalized yet for this movie, but rumors suggest that Kangana Ranaut is being considered for the role. This Queen is surely ruling the mind of every filmmaker of today’s time.

Let’s see if Kangana says yes for this project or will Aanand L Rai have to join the list of those directors whom she has refused working with. And wonder how Shah Rukh Khan will portray the character of a dwarf. This will really be different and an unusual pairing if, Kangana agrees.[/tps_footer]