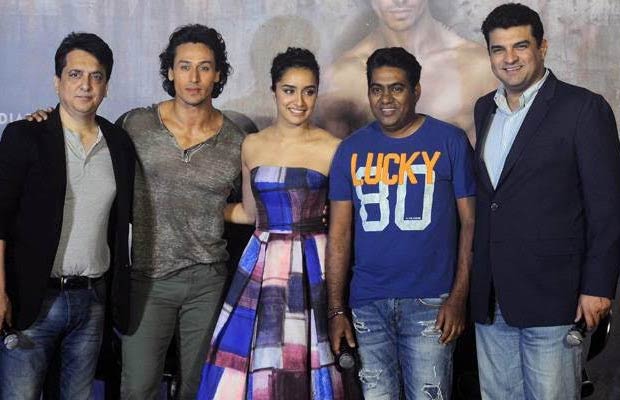 [tps_footer]After a string of diverse films like Highway, 2 States, Heropanti, Kick, Phantom and Tamasha in the last two years, filmmaker Sajid Nadiadwala is gearing up for Baaghi, his first release of 2016.

The action romance, featuring the fresh pairing of Tiger Shroff and Shraddha Kapoor, has generated tremendous buzz on social media after its trailer launch.

While Tiger is taking action to the next level, Shraddha too has surprised viewers with her first attempt at stunt baazi in this Sabbir Khan directorial.

Sajid, who has been receiving congratulatory calls from his industry colleagues, is elated with the huge number of hits the teaser has registered online.

He says, “The entire team has worked hard on this project to take it to the next level. When you hear such encouraging feedback from people, it is overwhelming. We are very happy with the way the trailer has been received.“

Baaghi, which also sees the successful trio of Heropanti –Sajid, Sabbir and Tiger -team up for the second time, releases on April 29.[/tps_footer]