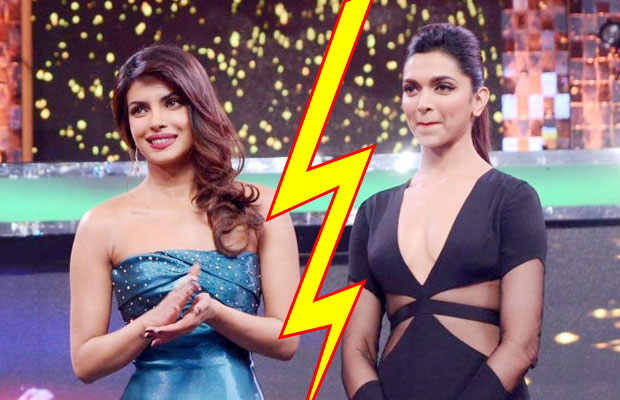 [tps_footer]Professional rivalry between Bollywood stars in not an alien concept and this time it’s none other than B-Town’s top actresses who’ve fallen prey to the hostility.

It isn’t long since we reported that the ‘bond’ showcased between actors Deepika Padukone and Priyanka Chopra while shooting the blockbuster ‘Bajirao Mastani’ was made-up and they both aren’t as great confidants as projected to be.

However, the rivalry seems to have swelled up this time as there are gossips going around that Deepika has straight away refused to shake a leg with PeeCee at the IIFA awards on going in Madrid, Spain.

Apparently, both the beauties were approached to give a duet performance at the awards event. While Priyanka did seem to be affirmative about accepting the proposal, it was Deepika who didn’t appear too happy with the idea.

We wonder what has jinxed the bond between them suddenly as not long ago were the Bajirao Mastani actresses witnessed to be engrossed in their talks at the trailer launch of Mirzya.

Both the actresses are claiming great success in their careers. Priyanka is soon to begin shooting the second season of Quantico and Deepika is all set for her big release where she’s starring opposite Vin Diesel.

We hope to not see much bitterness between our on-screen Kashi and Mastani. Let us know what you feel![/tps_footer]