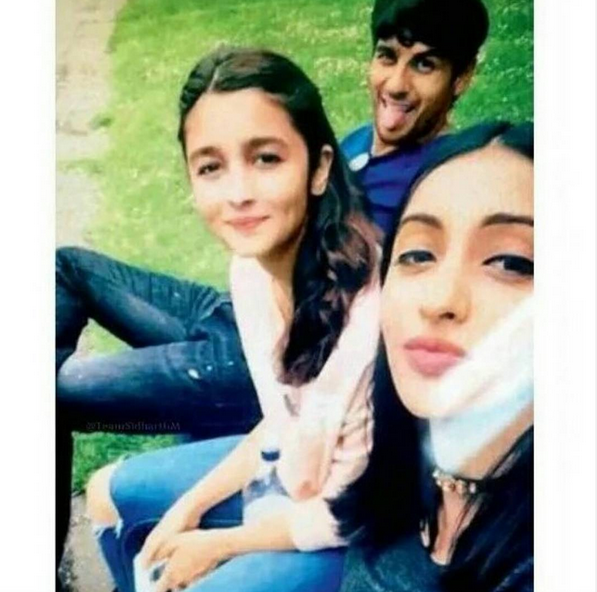 [tps_footer]‘Student Of The Year’ actress Alia Bhatt never fails to amaze her fans with her outstanding acting. In a very short time, the actress has gained a lot in her career and she has left everyone speechless this time, with her outstanding performance in Udta Punjab. Not only on the professional front, the actress is a talk of the town on the personal level too. Rumours were doing rounds that Alia Bhatt and Sidharth Malhotra, who have been secretly dating each other, have broken up. But well, that’s not the truth.

Though Alia and Sidharth Malhotra have not accepted their relationship in public, but they have given enough of proofs to the onlookers with their adorable pictures. The two are currently holidaying in London and we have got our hands on the leaked picture of the two posing for a selfie with Alia’s childhood friend Akansha Ranjan.

Well, this picture speaks all about their relationship and closeness with each other. What do you think of this adorable couple?[/tps_footer]