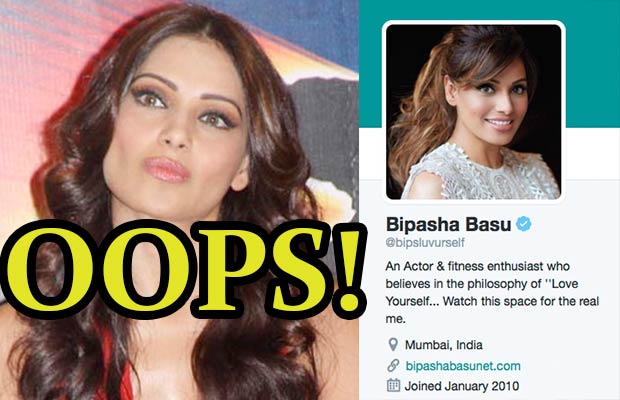 [tps_footer]Bollywood’s sensuous actress Bipasha Basu is on cloud 9 since she married her beau, Karan Singh Grover last month. In fact, Bipasha has also decided that she will now add her hubby Karan Singh Grover’s last name for her upcoming films. While the actress has already changed her name on the Instagram handle, there seems to be some issue with twitter name change.

Bipasha tied the knot with her ‘Alone’ co-star Karan Singh Grover in a star-studded affair on April 30. The newly married actress is very much excited and is currently enjoying the new phase of her life. The too much in love couple headed to Maldives for their honeymoon and then, recently made their first onscreen appearance together on ‘The Kapil Sharma Show‘. While interacting with the media on Kapil Sharma’s show, Bipasha and Karan Singh Grover also revealed that they would come together on silver screen once again only if they get a good script.[/tps_footer]