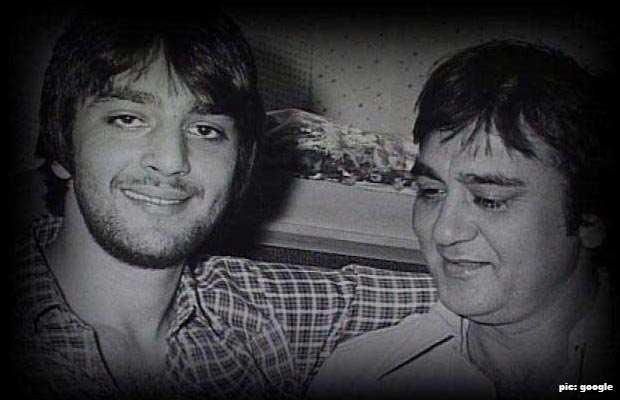 Really? Sanjay Dutt Was Inclined To Play This Role In His Biopic

Rajkumar Hirani’s next film, which is a biopic of Sanjay Dutt, has strong names from the film fraternity. Ranbir Kapoor is essaying the character of Sanjay Dutt. Dia Mirza as Maanayata Dutt and Manisha Koirala as Nargis Dutt.

There were reports about Akshay Khanna playing the role of Sanjay Dutt’s father, Sunil Dutt. But finally, Paresh Rawal is roped in to play that character.

If a report is to be believed then Sanjay Dutt himself was keen to play the character of his father in his biopic. He thought no one knows his father as closely as he does. So him essaying his father’s character would be apt.

Talking about it, a source stated, “Sanjay has given over 200 hours of recording as a basic matter for the biopic. While Hirani was writing the film, Sanjay was toying with the idea of playing Sunil Dutt because as a father. He was the one person who had closely seen the ups and downs in his life. Sanjay was extremely close to his dad, and he thought he could emulate him better than any other actor.”

The source further added, “But he dropped the idea, even before letting his buddy Raju know what he had on his mind, and allowed him to choose an actor who’d be perfect to play the late actor.”

The film has already gone on floors. It also stars Anushka Sharma, Sonam Kapoor and Vicky Kaushal among others. The film is expected to be released in 2017.