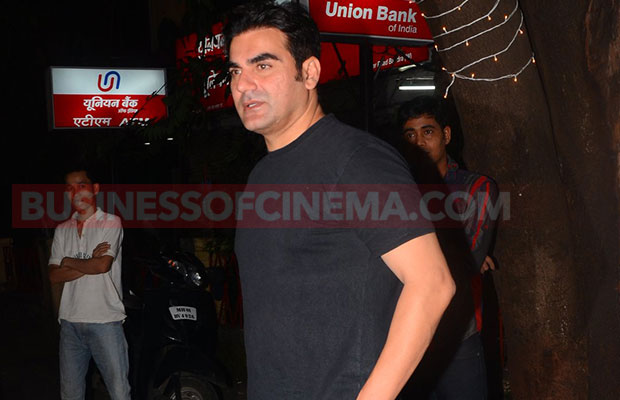 In his upcoming film ‘Red Affair’, which is written by Hindi best-selling novelist Amit Khan, Arbaaz Khan is all set to play CBI officer.

Pradeep Rangwani of UV Films, who is the producer of this film, said that he wanted to produce a hindi feature film for a long time. In his search for a good script, he met several writers, till he found Amit Khan who has more 100 novels to his credit. The time when the two met, Amit Khan was in process of writing a new novel titled, Red Affair. Amit narrated the story which it immediately caught Pradeep’s fascination and they are looking forward to collaborating on this exciting venture.

Arbaaz Khan was narrated the story who immediately liked the story and agreed on doing the part. Arbaaz will be portraying the part of a CBI officer.

Arbaaz himself confirmed the news saying, “The screenplay and dialogues are superb. I am really looking forward to the film.”

The other cast shortlisted for the film are Manjari Fadnis, Kainat Arora, Ashmit Patel and Mukul Dev. The film will be shot on single schedule in Mumbai.

Because of this new development, Pradeep has requested Amit Khan to bring out the novel, which will be published in Hindi and English language, little late in the market.