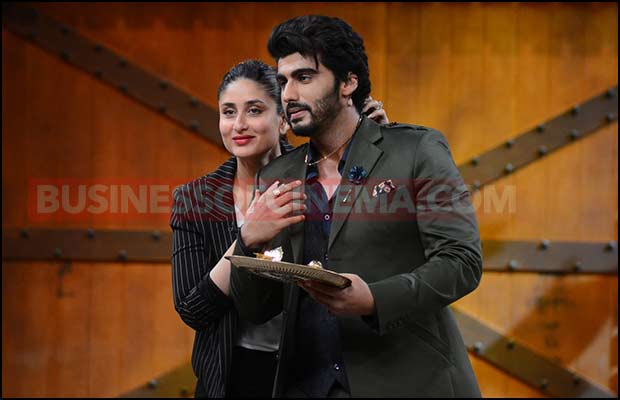 [tps_footer]There are different ways that an actor can get a role in the entertainment world, but it’s always unpredictable if you will make it to the final cut or get replaced. Some get an early start and a big launch pad being the star kids, many have to take different routes to make a career in this industry and again, there is no guarantee of success.

But, there are a few actors in our entertainment world which are hard to ignore and surely Ishaaqzaade Arjun Kapoor is one of them. Whether his movies are a hit or a flop but filmmakers have a strong believe in his craft and are ready to cast him. He is also called as the blue-eyed boy of YRF movies and he is currently, doing very well in television industry by doing a reality show, “Khatron Ke Khiladi: Kabhi Keeda Kabhi Peeda”

And we are here to tell you how exactly Arjun Kapoor bagged the role of Ka in R Balki‘s movie and got the opportunity to work with Kareena Kapoor Khan. Reportedly, it’s said, “R Balki was looking for someone who did not have an ‘ounce of femininity in him’, reportedly. Also, the report quotes his as saying, ‘When Arjun came to meet me, I asked him, Do you sweep, do you cook and do house chores ? He replied that he doesn’t anything and so I thought he’s the perfect guy to play this role.'”

The subject of this movie is “role reversal”, where a girl earns and runs the home and the guy is a househusband. In real life, Arjun is a successful actor and surely at times he must have felt “out of place” by doing everything that a female is expected to do at home, in this movie. But, he still manages to make the character of ‘Ka’ so believable and can’t deny the sizzling chemistry of Kareena and Arjun. Are you ready to watch this movie on 1st April ????[/tps_footer]