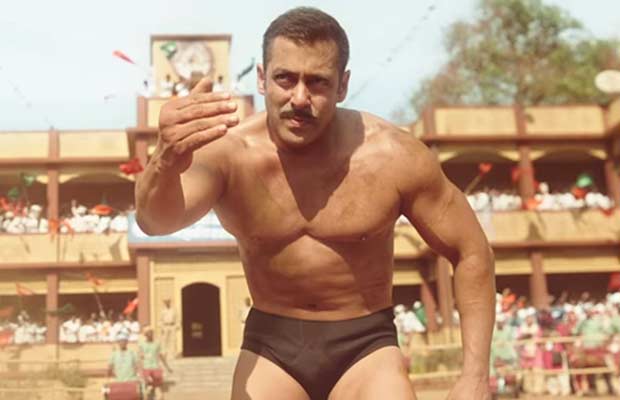 [tps_footer]Salman Khan is known for his body and is a bible of bodybuilding all over India. The actor is known for his abs and his well-shaped body and obviously Salman Khan‘s body is an inspiration for many. Recently, in Sultan he had dawned two looks in which in some scenes he was fit and in some, he was just out of the shape.

In an interview with a leading daily director of Sultan, Ali Abbas Zafar spoke about one scene that scared Salman Khan. He said that there was only one scene in which Salman was actually scared. That scene was the one in the second half where the actor had to flaunt his bare body which was of course shapeless. Ali said that Salman was really scared about it on paper but when it came to shooting it was a single shot. Ali further added, that he had shot it on two cameras and it was a 2 minute single shot. And we must Salman had possibly given the best shot.

On the note, Salman essays the title role of Sultan in the film. He is a wrestler and the film revolves around the struggle and power of wrestling. Sultan has collected a huge amount of sum up till now. Salman will now be seen in Kabir Khan‘s next.

Did you watch Salman Khan‘s Sultan? Tell us about it in the comments below.[/tps_footer]