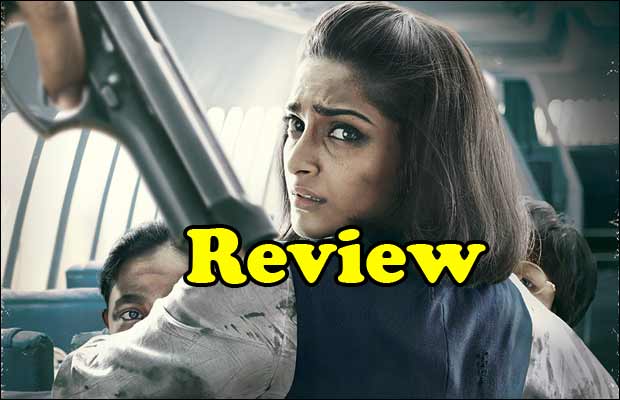 [tps_footer]Not only fans, but even Bollywood celebrities can’t wait to watch Sonam Kapoor’s much awaited film ‘Neerja’, which is releasing this Friday. The trailer of the film has already left people speechless and numb with its outstanding touching storyline. From soul stirring songs, to the trailer of the film, fans can’t stop talking about Sonam Kapoor’s film, which talks about fear and courage.

Sonam Kapoor is all set to depict the story of courageous Neerja Bhanot, who was killed on the hijacked plane, Pan Am Flight 73 in the year 1986. Neerja was the senior flight purser on the ill-fated Pan Am Flight 73, which was hijacked by four armed men. Shockingly, this incident took place just 25 hours before her 23rd birthday.

Recently, Sonam Kapoor and makers of the film hosted back-to-back special screenings of ‘Neerja’ where many Bollywood celebrities arrived to watch the film. Post the screening of the film; B-town celebs took to their twitter handle to express their views on the film. 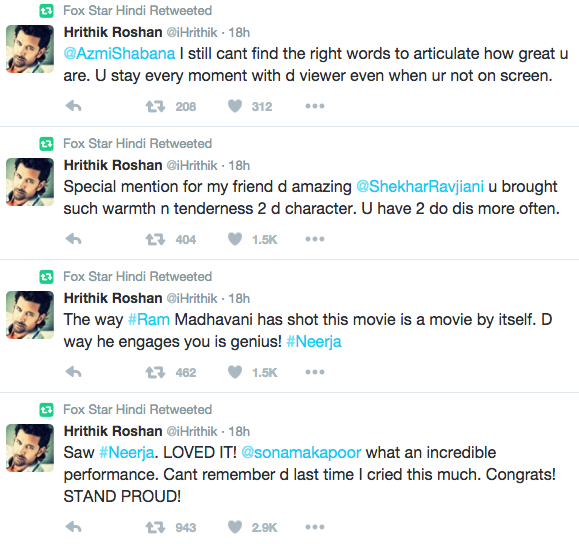 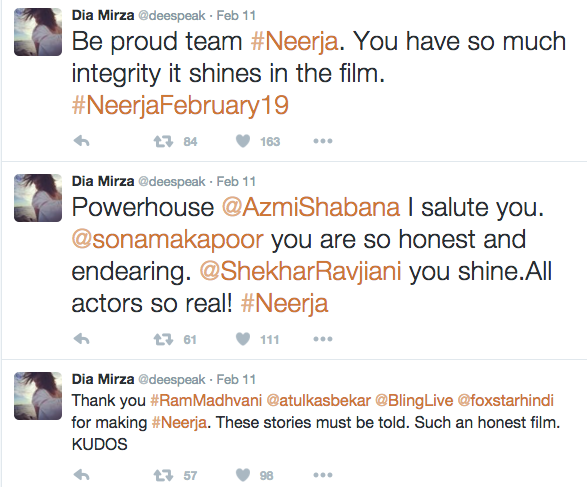 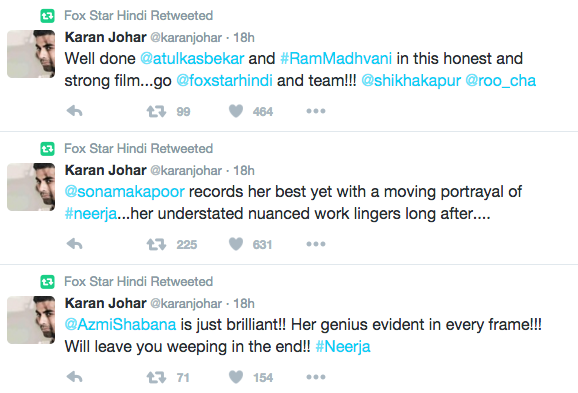 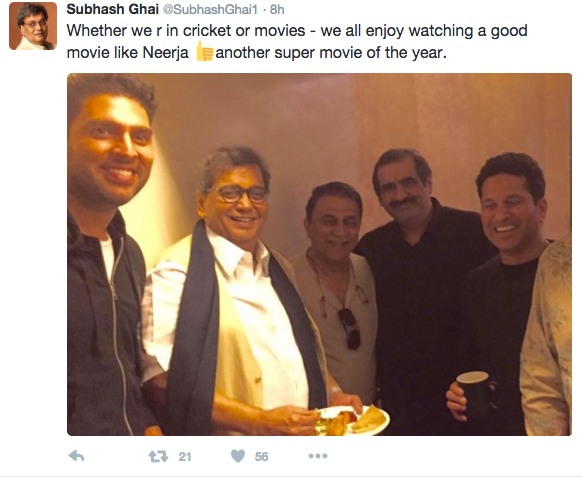