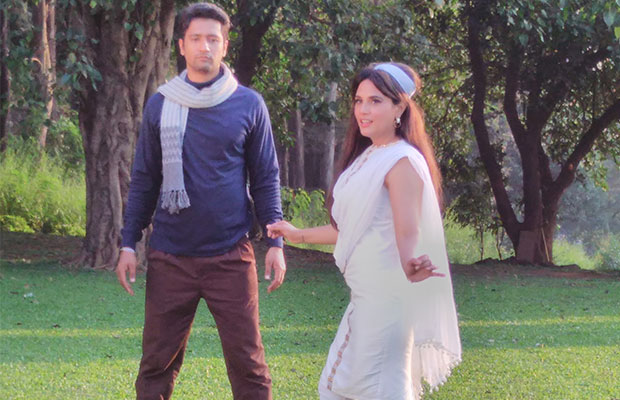 After Masaan Vicky Kaushal and Richa Chadha are back again with some interesting collaboration this time around. Vicky and Richa are shooting currently together with AIB who are known for their comedy content and for their famous parodies. Here are some images from the shoot location and from these images we can roughly get one thing that they are doing something related to songs from the different eras of Bollywood. Tanmay Bhatt of AIB is directing the video which is being shot at a famous studio.

It’s believed that the duo will be seen in a never before seen avatar as they groove to some memorable tunes from over the years. There are in all six songs which have been revived for the video and the costumes of those songs too were custom made for Richa and Vicky.

A source from the sets revealed, “Richa and Vicky has rehearsed for this video extensively. Audience will get to see a whole new side to them. They’re doing some amazing choreography, lip syncing to revived Bollywood numbers from the 70s till now“.

Richa confirmed the news saying, “I am excited to be working with AIB. Its fun to try something new which I haven’t done before“.

Vicky added, saying, “Its almost like my dream come true when Tanmay approached me for this. The costumes, dance etc I have grown up seeing all of it and now being a part of it makes be really happy“.

After looking at these intresting pictures we are certainly waiting to watch what are they coming up with!