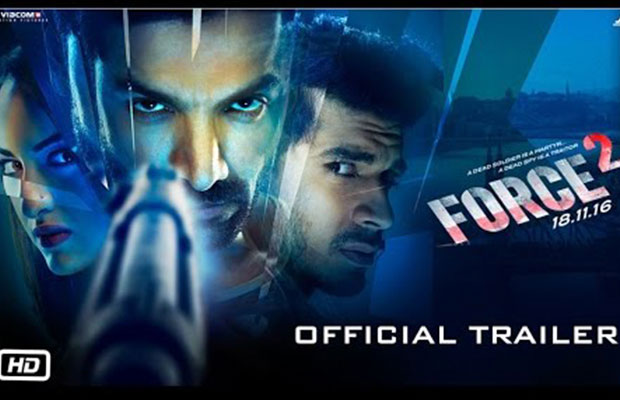 Team Force 2 wants the government of India to recognize and give respect to the unsung martyr’s of the country who have given away their lives serving the nation.

The sacrifice of these people who without giving second thoughts to whether their efforts will ever be recognized, remains unknown.

The smallest of information gathered by these fearless heroes can help prevent/avoid the biggest of wars. Their efforts and sacrifices are left unacknowledged, even while they live and even after their death, they remain uncelebrated.

The team wants to give a tribute to these unsung hero’s of our country.

The team will visit Amar Jawan Jyoti in Delhi to voice their request and spread awareness, before taking the petition to the government.

In Delhi, they will be launching a petition addressing the government of India, to recognize the uncelebrated martyrs of our country.

The Force 2 team is keen that, the names of these unsung hero’s should get recognized and even these heroes should be considered heroes of our nation.

Later, they also plan to take this petition to the President.

The makers of Force 2 have dedicated the Bollywood movie’s trailer to all the heroes who have sacrificed their lives for the nation. A special slide has been added to the trailer to salute the unrecognised martyrs of our nation.

On being asked what moved John Abraham to take the petition forward, he shares, “When I heard the real story of caption Kalia, while I was filming Force 2, I was completely moved. He was captured during the Kargil war by the Pakistani army, in the territory of Pakistan. India initially denied that he was an Indian soldier, leaving his father to struggle in court for Kalia to gain the recognition that an army man should have received at the very start. Even today, there are many unrecognised and forgotten martyrs from various intelligence agencies who need to gain recognition, if not celebrated. Our story is inspired from true life events and that’s what makes Force 2 even more credible.”

He further adds, “It’s our humble request to the system to recognise those who have sacrificed their lives while serving the nation. It’s disheartening that these people put their lives at stake, without giving second thoughts to whether their efforts or sacrifice will ever be recognised. We understand that revealing names of people who are currently serving, may lead to political or security issues, however it’s a meek request that the long due pending cases of people get resolved, giving them their needed status and recognition in our society. Our petition is focused on giving a tribute to these unsung heroes, who should also be considered as hero

Director Abhinay Deo agrees that a recruit may be willing to abide by the clause of anonymity that an operation of such nature demands,” But their families don’t sign up for it. Why should they endure pain? As a country we must take care of them, and acknowledge the blood they have shed”, says Deo.

“Once these spies are caught and disowned by the government, their family suffers a great deal. Web should find a means to protect them from the backlash. Political compulsions may keep us from celebrating such people, but they shouldn’t deter us from respecting their work”, says Shah, citing that the surgical attacks last month were possible only due to the information provided by the intelligence.