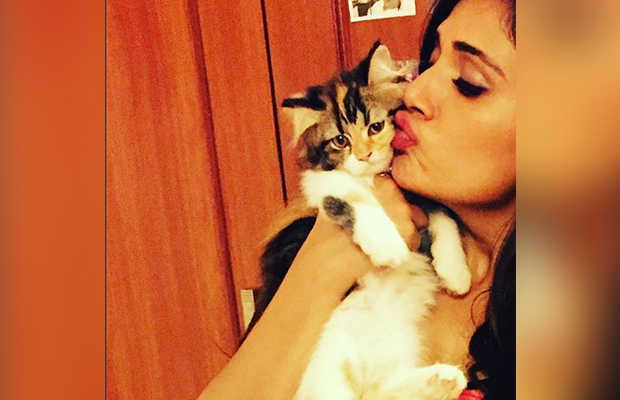 Actors adopt a lot of ways to get out of their work stress, some workout and some listen to music to de-stress themselves and gain temporary relief from the pressure. Richa Chadha who is currently shooting for her next web show which is directed by Karan Anshuman is playing a boss lady, which has many serious scenes as a result of which she has to show some intense characteristics on camera. Richa shared with us the best stress buster, as she rehearses or is back to her vanity after her shot. The actress spends a cuddly time with her little cat Kamli post her shoot or in between when she is free on sets .We have heard and seen how much Richa Chadha loves spending time with her cat and we have also seen pictures on her social media which provides evidence to this fact. Indeed, Richa Chadha has given us something we could rarely think of and this is for sure a new secret stress buster mantra for the audiences. Below is the link of Richa Chadha spending time with Kamli in her vanity van.

What’s the cats favourite food. #Hint- answer is in the song #Kamli #insicknessandhealth