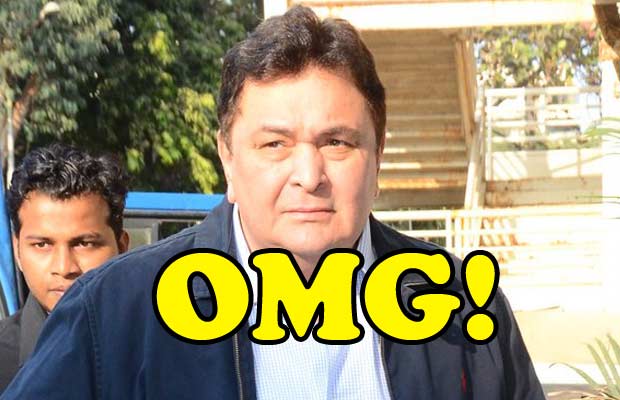 [tps_footer]Alia Bhatt– Sidharth Malhotra and Fawad Khan starrer ‘Kapoor & Sons’ most awaited trailer was launched yesterday. While the trailer was garnering some rave on social media, veteran actor Rishi Kapoor seemed to be upset at the trailer launch event yesterday.

The entire cast and crew was all excited for the trailer launch event, but something went wrong with veteran actor Rishi Kapoor, post official trailer was launched. Before the trailer launch he was seen in a very jolly mood, as he was interacting with Karan Johar and other stars.

Later after the trailer was released, he seemed to be a little upset and walked off from the venue. However, earlier Rishi Kapoor looked all excited for the trailer as well as for the press conference, which was schedule to follow.

Also, before leaving the event, Rishi Kapoor had whispered something into Karan Johar’s ears and with grave look, Karan nodded. Whatever might be the reason we hope everything is well!

While everyone wondered on Rishi Kapoor’s sudden exit, Karan Johar took to the stage and announced that as something urgent demanded, Rishi Kapoor had to leave the event.

Talking about Kapoor & Sons, directed by Shakun Batra and produced by Karan Johar, the film is a story about two brothers who fall in love with a same girl. The film has Siddharth Malhotra and Fawad Khan playing brothers with Rishi Kapoor playing their grandfather. It is scheduled to release in theaters on 18th March.[/tps_footer]