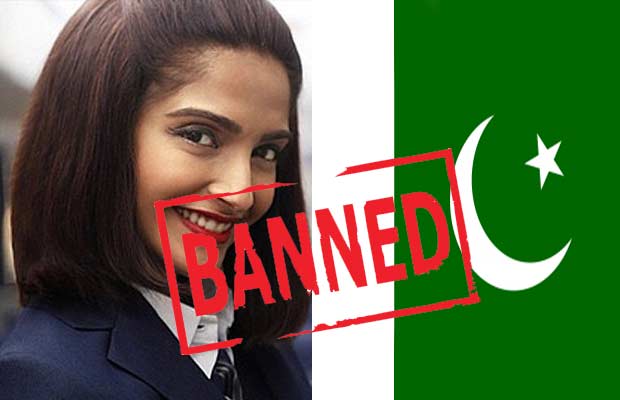 [tps_footer]At some occasion or the other, we certainly get to see a lot of love and appreciation coming from our neighbouring countries, especially, Pakistan. Now, we present to you a latest move by Pakistan for banning an Indian movie from releasing.

It’s nothing new what they have done as they have banned a lot of Indian flicks from it’s release in the past too, like, “Jab Tak Hain Jaan“, Agent Vinod , Ek Tha Tiger, Bhaag Milkha Bhaag and many more. Basically, any movie that had any incident of Hindu-Muslim characters coming together or fighting, any word against Pakistan or it’s government, anything where Pakistan is shown in a negative limelight (as if nothing wrong is happening there) was instantly banned. That’s a lot of “freedom” in a country like Pakistan, where the ministers-cum-dictators will decide which movie their citizens will watch. Peeps in Pakistan, do you have to take government’s permission before changing the channel too ??? On your own Television set ??

Recent banned is imposed on “Neerja” which is based on true story of fearless and caring Late Neerja Bhanot, a flight attendant on board at PanAm Mumbai-New York flight. She gave up her life in order to save 369 passengers and kept on co ordinating with the terrorists when this flight was hijacked at the Karachi airport in 1986.

It’s a real and nasty incident that happened so, what doesn’t go well with Pakistan ? The movie or the truth ?? This hatred goes on increasing from both the ends. In India, Paki Artists face ban and issues too, although most of us just take them as artist and love them for their work but politics, politics and politics !! This doesn’t spare anyone, no nationality is enough for you to be spared from being considered as an “Outsider”. No matter which country you take birth in, for other countries, you will be a foreigner.

Ghazal Maestro, Ghulam Ali faced a ban too, and his shows were banned and cancelled in India. Singer Rahat Fateh Ali Khan prefers recording most of his songs from Pakistan studios then to come to India and record it, Atif Aslam as well. Hope the issues and negativity ends. Love and respect to all the countries people and especially, it’s Artists, who try to go out of their way to spread love and positivity in the world with the help of their work but even Art and Artists are not spared from dirty politics.[/tps_footer]