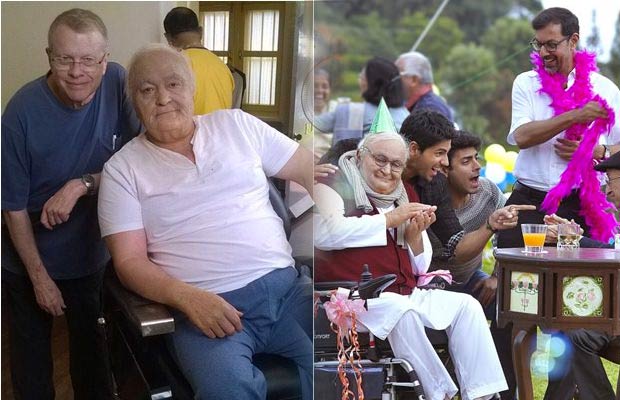 [tps_footer]Rishi Kapoor will soon be seen as an adorable 90 year old grandfather in the upcoming flick ‘Kapoor and Sons’. The movie, which also stars the amazing Sidharth Malhotra, Fawad Khan and Alia Bhatt, is all set to release this weekend. Although the ‘Bobby’ star is excited about the release, he had a tough time shooting for the film and almost quit twice.

Apparently he didn’t have fun working for director Shakun Batra in the movie. Turns out that in the 30 odd days that Kapoor shot for the film; there was not a single day that he didn’t fight with Batra. They fought because Kapoor couldn’t agree with his method of working on the role he was playing.

Shakun wanted to cover every shot from many different angles. But Kapoor being an old-school spontaneous actor couldn’t recreate the same expression several times over for every shot. According to Kapoor, this new style of working where actors give the same shot repeatedly from different angles has gained acceptance because in the digital era no raw stock is wasted. Thanks to digitalization, actors have turned into robots.

He added that he had even informed Karan Johar he was leaving since this role was turning out to be too difficult. Well, Kapoor was wearing heavy prosthetic makeup for over 13 hours a day and had to emote with contact lenses. He adds that it was easy for the ‘kids’ Alia, Siddharth, and Fawad as they don’t have any one particular style of working. Rajat and Ratna are from stage; they could do the same shot many times and yet make it look spontaneous. He however, felt like the odd one out since his spontaneity couldn’t be replicated over and over again. While he respects method actors, he simply is not one.

He believes that the same thing happened with niece Kareena Kapoor Khan when she worked with Shakun Batra in Ek Main Aur Ekk Tu. She apparently called Karan Johar from Las Vegas complaining about Shakun’s style of working.[/tps_footer]