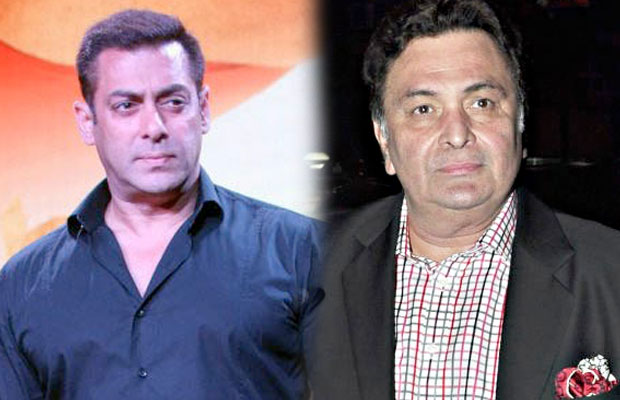 Rishi Kapoor is known to be very explicit about his views and opinions. The actor seldom holds back his thoughts and likes to state his judgements boldly.

The actor recently flew to Delhi to be on Shekhar Gupta’s show Off The Cuff. The actor, apart from other questions, was also asked about his views on Salman Khan’s ‘raped woman’ controversy.

This is how the interaction unfolded…

Would someone have gotten away with saying what Salman Khan did the other day in the past?

I don’t think he meant it. I’m sure he didn’t mean it. There are times when you’re narrating something… let me give you an example. There was a time when Dara Singh used to make films. He was this tough man. So the street language became ‘Arey! Apne aap ko badaa Dara Singh samajhta hai?’ In our local language… main maantaa hoon galat baat hai… you say sometimes “I’m raped yaar”… hota hai… You say you’re spaced out, it doesn’t mean you’ve gone to space. You say you’re screwed, doesn’t mean you’re screwed. You don’t mean it. Analogy boliye ye similie jo de raha thha, he didn’t mean it.

Was it an improper similie?

It was improper and at the wrong time also. But I’m sure he didn’t mean it.

Should he say sorry?

Well, if he’s done something that has hurt people, then he should say sorry.

His father has said sorry, he hasn’t.

I don’t know about that. But I think he should. Why would he not? If sometimes you hurt somebody’s sentiments, you say sorry. There’s nothing wrong with that. Aapne galti ki hai, toh qubool maang li jiye.

You can watch the entire interview here…

Well, we totally agree to what Rishi Kapoor feels. Salman Khan should definitely ask for an apology from his fans and settle the matter as quickly as possible…