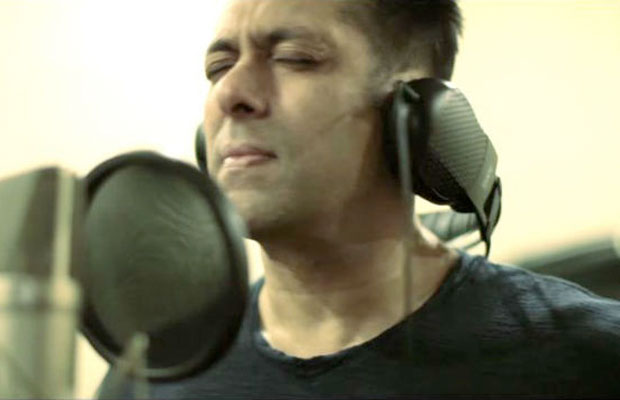 It’s no more a news that actor Salman Khan is giving his own voice to the songs of his upcoming film Sultan.

As of now, the actor has crooned four tracks for the film, the last being the title track. This is not the first time the actor has given voice to the songs of his movies. Before Sultan, Salman has also sung for Kick and Hero.

However, this time, he has a very serious approach towards singing. The actor has been taking extreme care of his throat and also resorted to consuming a special ‘potion’ to restore his scratched voice to a flawless condition.

A source close to the actor was heard saying that Salman has taken up singing for Sultan very sincerely. He was heard saying how the actor has started consuming a very special drink to keep his voice and throat in perfect condition.

Reportedly, Salman drinks the potion immediately before entering the studio to record a song.

The potion is said to be a mixture of honey, lemon and ginger syrup with green tea. Salman carries a flask full of the concoction everywhere and keeps sipping it throughout the recording to keep his singing go on smoothly.

It was reported that the actor was earlier addicted to coffee, however he has decided to give up his caffeine addiction, thereby switching to the consumption of green tea.

Seems like the Khan has opted ‘all things health’ for Sultan. Well, we would like the actor to take more care of himself and give us more numbers to shake a leg upon.