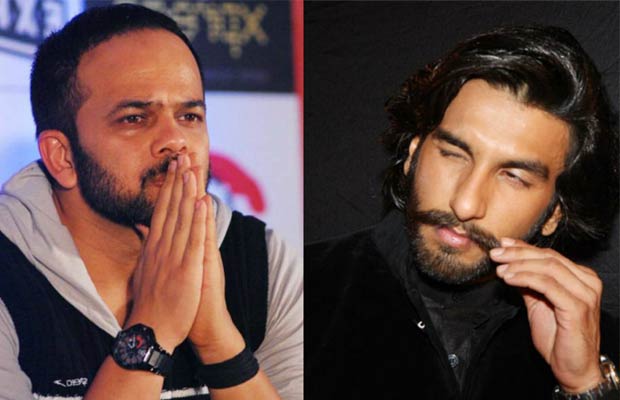 [tps_footer]Rohit Shetty is evidently very keen to cast Ranveer Singh in his next project. Reports suggested that Rohit is looking forward to the remake of ‘Ram Lakhan’ and is likely to cast Ranveer in the same. However, the speculations died down when news about the remake ‘Ram Lakhan’ stated that the film is currently not going on floors.

Seems like, the action-oriented filmmaker Shetty is not going to lose hopes on roping in Ranveer Singh. The two talent bundles Rohit and Ranveer recently teamed up for a commercial ad and since then have been in talks for a full-fledged movie project. Speculations making rounds say that the Dilwale director is now penning down a new script keeping the Ram Leela actor in mind.

Rohit Shetty is known for executing entertaining films filled with action and drama. The director is applauded for his action and seems like the upcoming project for Ranveer will also be in the similar genre. It is being said that Rohit has already decided to direct an action drama like the movie for Ranveer.

Spontaneous actor Ranveer Singh will surely be the perfect choice for a Rohit Shetty movie as the actor is always high on energy levels. Currently, Ranveer is gearing up for Aditya Chopra’s upcoming film ‘Befikre’. The film stars Vaani Kapoor opposite Ranveer. The movie has already started off with its work and is expected to hit the screens on December 9th, 2016.